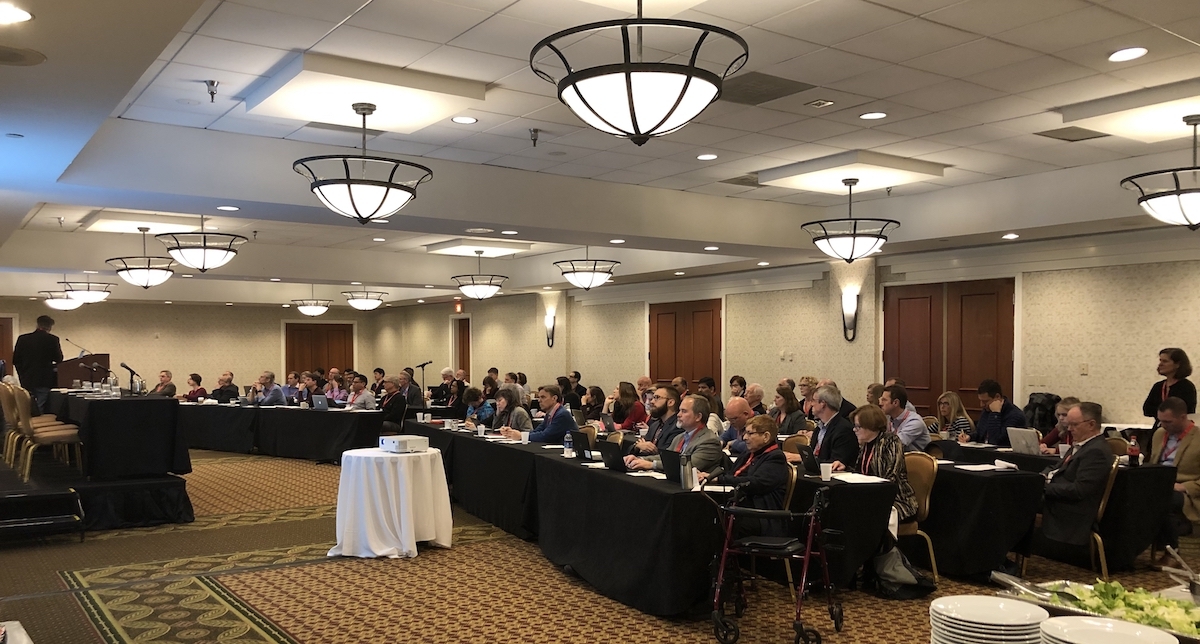 I had the pleasure of attending this workshop and wanted to share insights and next steps from the meeting. This is my first official post for PPMD having just recently joined the PPMD team.

Current landscape of inflammation in Duchenne

As you know, Duchenne is a disease characterized by a lack of dystrophin, which leads to muscle weakness and degeneration. The absence of dystrophin in muscle cells causes membrane instability and the release of various compounds outside the cell. These compounds initiate an immune response and, eventually, a state of chronic inflammation. For the two days of this workshop, Duchenne was approached as a chronic inflammatory disease with a focus on the best methods to address the role inflammation plays in the disease.

A Steering Committee, consisting of a number of researchers and clinicians, worked with PPMD to put together the agenda. The committee included:

The opening discussions helped set the stage for our current understanding of inflammation in Duchenne and described some of the outstanding issues that need to be resolved in order to provide the best care. The presentations spanned a wide variety of topics in inflammation and immune response, yielding fruitful discussions between presenters and audience members.

Some of the heavily discussed ideas from the opening talks included:

Inflammatory drugs on the horizon

A primary goal of the meeting was to discuss potential therapies that were outside of the steroid standard of care. A number of industry sponsors and researchers were present to provide updates on these novel anti-inflammatory therapies:

Throughout the day there were a number of thoughtful dialogues between the participants in the workshop. While everyone is hopeful for the success of dystrophin replacement therapies, such as exon skipping and gene therapy, there is still time before they will be widely available. One of the more thoughtful discussions focused on how we can prepare for dystrophin restoration therapies, with three main goals:

Learning from other paediatric diseases

Looking to other diseases that share similar manifestations as Duchenne provides a pathway for identifying therapeutics that could be brought into the Duchenne disease space.

Overviews and treatment of Juvenile Dermatomyositis and Myositis, both of which are inflammatory muscle diseases, were presented. Similar points were made in both presentations with lessons that can be adapted in the treatment of Duchenne.

The insights from other diseases continued by looking at different classes of drugs that could be co-opted to treat Duchenne. Drugs that are either FDA approved or have strong pre-clinical data targeting different parts of the inflammation pathway were presented. These drugs would require further pre-clinical investigation in Duchenne models, but could allow for faster approval if they are shown to confer benefits to Duchenne patients.

A final talk was shared by Dr. Lee Sweeney, head of PPMD’s Scientific Advisory Committee, in which he stated the importance of testing novel therapeutics alongside glucocorticoids in pre-clinical models. Due to the prevalence of steroid usage in people with Duchenne, even those in trials, it is important that the field identifies the possible interactions or influences that steroids may have on a drug’s efficacy.

To conclude the meeting was a summary of ideas of where the field should focus efforts, centering around:

For those that were unable to attend the meeting, there will be a scientific, in-depth write-up of the meeting coming in 2019. In the immediate future, the planning committee, organizers, and members of the FDA will be reconvening in early 2019 to discuss a plan of action to tackle the ideas discussed at the meeting.

It is our hope to share some of our successes at a subsequent meeting in a year’s time. Continuing to hold inflammation specific workshops will allow us to identify and resolve barriers to providing the best treatment for those with Duchenne muscular dystrophy.

Prior to joining the PPMD team, I spent time at Nationwide Children’s Hospital working on clinical trials for Duchenne. While at Nationwide, I had the great fortune to work for Dr. Jerry Mendell and a number of other fantastic providers on the PPMD sponsored Carrier Study. Working on the Carrier Study afforded me the opportunity to meet a number of amazing mothers committed to furthering research in Duchenne. I look forward to interacting with more families throughout the coming year.