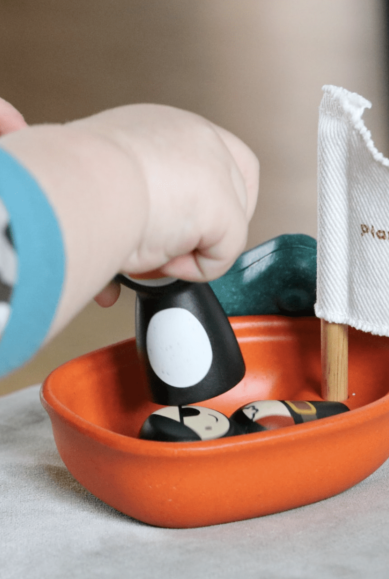 Background
Genes consist of DNA and are located on chromosomes, which are present in the nuclei of all cells. The dystrophin gene contains the genetic code for dystrophin, which can be read by the cell and translated into the dystrophin protein.

We have a lot of muscle – about 30-40% of our body weight is muscle, and we have more than 750 different muscles, each consisting of billions and billions of cells. The healthy gene has to be delivered to a significant portion of the cell nuclei of all muscles.

Solution
Fortunately, there is an organism that is quite good at injecting genes into cells: the virus. Thus, the gene therapy field has developed viral vectors, where the viral genes are removed, so there is room for the new gene and the modified viruses are no longer pathogenic.

Most viruses like to infect dividing cells. Muscle tissue hardly divides and thus is a poor target. In addition, muscle fibers are enveloped by layers of connective tissue, which trap viral particles, so the virus cannot reach the muscle fiber to inject its dystrophin gene.

Solution
There is a virus that is relatively good at infecting muscle cells, the so called AAV virus. This virus can infect human cells but is not pathogenic (it does not cause a disease).

Unfortunately, AAV is so small that the dystrophin genetic code does not fit (the entire gene is ~500 times to big, the genetic code ~4 times too big).

Solution
Scientists have attempted to create the smallest possible dystrophin, containing only the bare essential domains (micro-dystrophin). The genetic code of this micro-dystrophin is small enough to fit into the AAV vector. In the Duchenne mouse model (mdx mouse) treatment with microdystrophin containing AAV viruses resulted in an improved muscle quality and function.

When a dog model (golden retriever muscular dystrophy or GRMD) was treated with AAV-microdystrophin, this resulted in an immune response. Consequently, cells infected with the AAV containing microdystrophin were destroyed by the immune system. From clinical trials in humans with other genes (e.g. to treat hemophilia) we know that AAV also induces an immune response in humans. The immune response will attack all foreign intruders (viruses, bacteria, parasites) and has no way of knowing this time the virus carries a good gene.

Solution
Suppress the immune response when delivering the AAV-microdystrophin particles. This is done with high doses of corticosteroids.

A first clinical trial where patients received local AAV-microdystrophin injections in the arm muscle was performed in the USA (Mendell, Xiao Xiao and Samulski). Results of this trial have been published. The authors report very poor expression of their microdystrophin version, and the anticipated immune response to AAV.

Challenge
As mentioned muscles make up 30-40% of our body. To have an effect all muscles or muscle groups have to be treated rather than a small area of a single muscle. However, this requires huge amounts of virus (a young boy weighs ~4000 times more than a young mouse).

Solution
After optimizing the manufacturing process, a lot more viral particles can be produced at clinical grade, allowing for trials where the viral particles are injected intravenously and the whole body is treated rather than just small pieces of muscle.

There are currently trials ongoing with 3 variations of AAV-microdystrophin which differ in the type of AAV used, the parts of dystrophin selected for the microdystrophin versions, and the gene switch used to ensure proper expression of the microdystrophin in skeletal muscle and heart. In a clinical trial in Colombus, Ohio (coordinated by Sarepta Therapeutics) AAV-microdystrophin is delivered intravenously in young Duchenne patients together with high doses of corticosteroids (200,000 billion viral particles per kg bodyweight). Thus far four patients have been treated. Analysis of muscle biopsies 90 days after treatment revealed that for each patient the majority of muscle fibers expressed the micro-dystrophin. The total levels were ~80% of dystrophin levels expressed in healthy muscles. This trial temporarily was put on hold in August 2018 due to an impurity that was discovered in the raw materials used for manufacturing. A placebo-controlled trial to further test this AAV-microdystrophin is currently ongoing.

A trial coordinated by Solid Ventures was put on hold after the first patient experienced serious adverse events after infusion of the AAV-microdystorphin. The trial reinitiated in June 2018 and the biopsies of the 3 patients receiving the lowest dose (4 times lower than the Sarepta trial) have been analyzed. This revealed low levels of dystrophin in up to 10% of fibers at levels of less than 5% of normal dystrophin. Solid is currently treating additional patients with a higher dose of their gene therapy compound (same dose as Sarepta trial). Adverse events were reported for the first patient treated with the higher dose, including a decline in platelet counts and markers suggesting liver damage. Things normalized after the dose of corticosteroids was increased. Solid is preparing to treat additional patients with the same dose.

In parallel another trial is coordinated by Pfizer. So far, 3 patients have been treated with half the dose of the Sarepta trial and 3 patients with 1.5 times this dose. Four patients experienced nausea, vomiting and fever after treatment, resulting in hospitalization for one patient. All patients had an immune response to the viral particles. In one patient this immune response was so severe it resulted in kidney injury. The patient was also hospitalized and required dialysis. The patient recovered and the kidney function is now normal. Dystrophin staining analysis on a biopsy obtained 2 months after treatment revealed that ~38% of fibers expressed micro-dystrophin in patients treated with lowest dose and ~69% of fibers expressed micro-dystrophin for patients treated with the higher dose.  Mass spectrometry analysis revealed dystrophin levels of ~24% and 30% for the low and high dose, respectively. Since no western blot analysis was done a direct comparison with the results from Solid and Sarepta is not possible.

AAV does not integrate in the DNA. This is good from a safety perspective. However, because the microdystrophin is not fully functional, the muscles with microdystrophin will still be damaged. This means that over time the microdystrophin gene may be lost. Studies in dystrophic dogs suggest that most of the delivered gene is lost after 5 years. It is not known whether this is also the case in humans and if so how long the microdystrophin protein will persist. It is unlikely however that AAV-mediated microdystrophin delivery will be a ‘one time treatment’ for Duchenne.