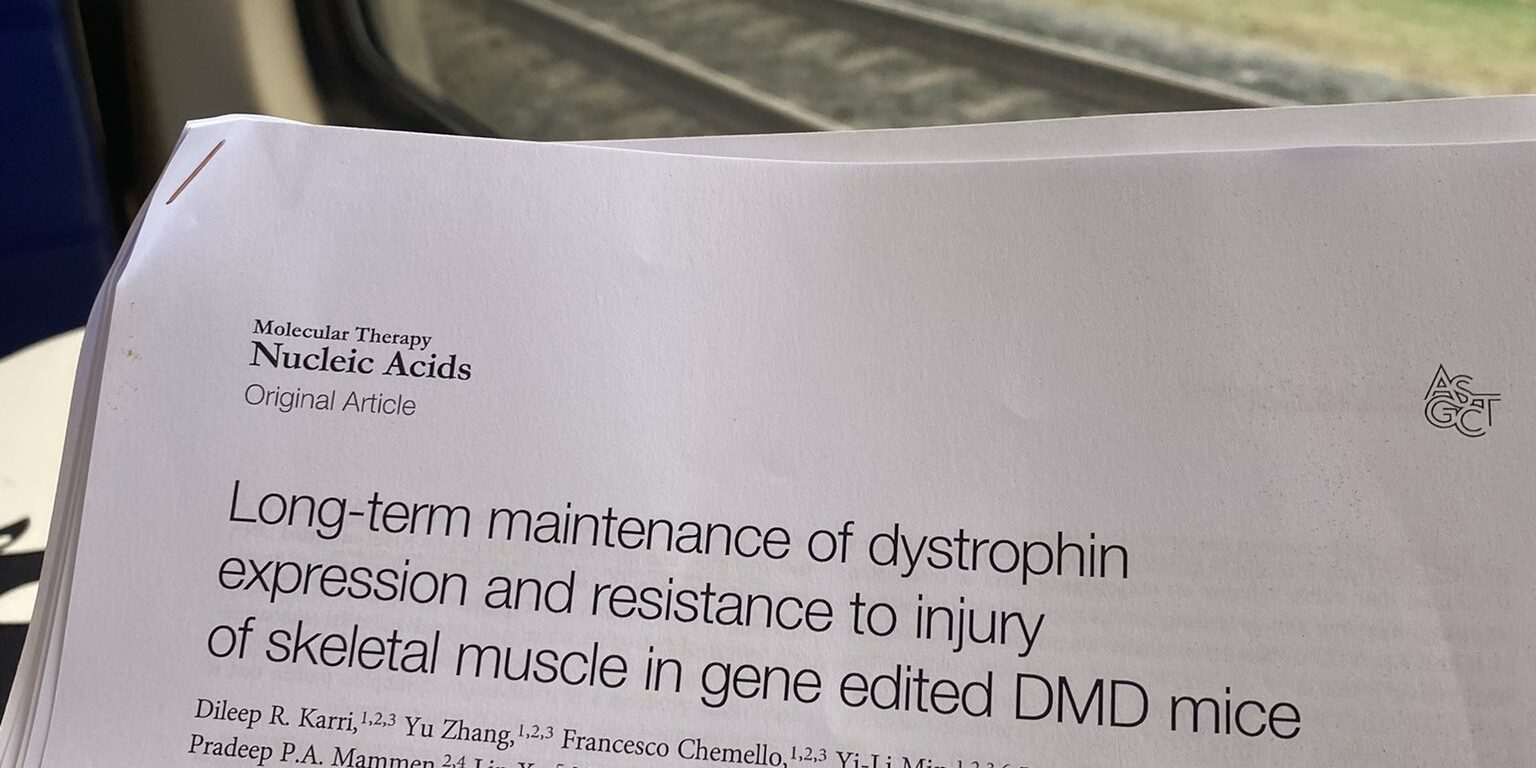 In today’s #apaperaday, Prof. Aartsma-Rus reads and comments on the paper titled: Long-term maintenance of dystrophin expression and resistance to injury of skeletal muscle in gene edited DMD mice.

A paper a day from the train today en route to give a lecture about RNA therapy. Today’s pick is from Molecular Therapy nucleic acids by Karri et al on long term effects of genome editing in mice. Doi 10.1016/j.omtn.2022.03.004.

Group of Eric Olsen, thus using a single cut approach. Target mutation is a deletion of exon 44 in mouse dystrophin and editing aims to reframe this by creating small insertions or deletions in exon 45 (exon 43 and 45 do not “fit” together but if you change shape exon 45 they do).

Genome editing in mouse models has been done before. Here authors focused on testing the duration of dystrophin expression and what happened after chronic exercise (downhill running —> quite damaging without dystrophin).

Mice were treated with 8*10(13) viral genomes /kg of 1. Cas9 (scissor) and 2. GuideRNA directing Cas9 to exon 45. Genes were under muscle promoter. Mice were treated at 4 days old – before onset of pathology in mice.

They then subjected the strains to downhill running. In del44 this resulted in severe damage. The edited mice were again similar to wild type – histological and with RNAseq. Then authors wanted to test if satellite cells had also been edited. AAV does not reach them efficiently.

For this they injected BaCl into the tibialis anterior muscle, causing massive muscle damage that needs to be completely replaced by satellite cells. Muscle replacement worked by dystrophin expression was lost. 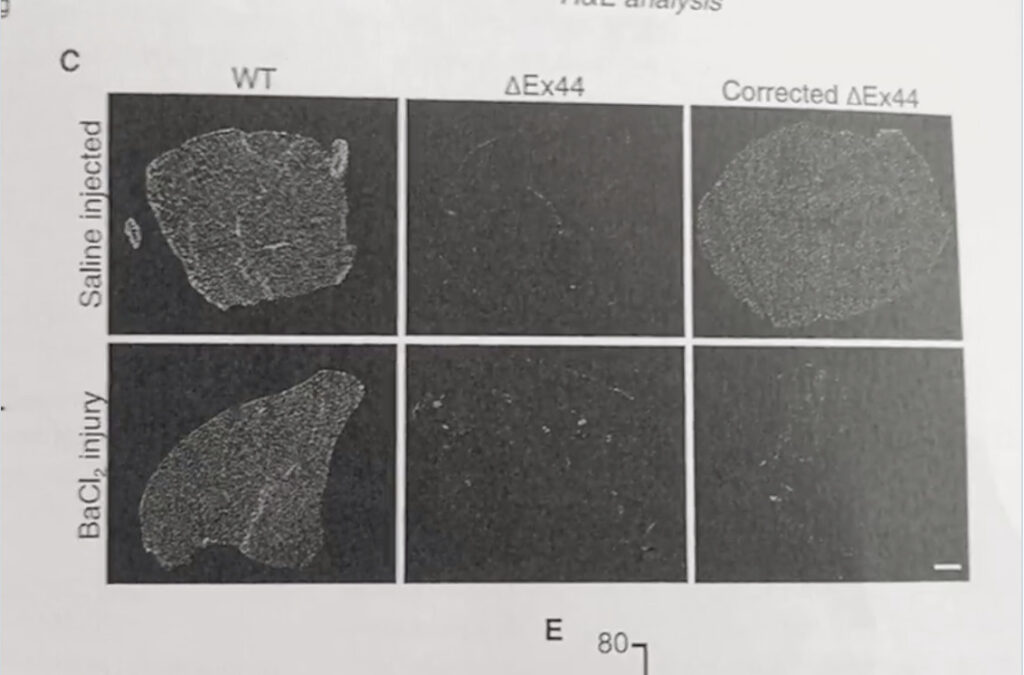 This shows  the satellite cells were not edited. Others have shown before that satellite cells can be edited at low efficiency but they used a different promoter. This is a nice experiment to assess the status of satellite cells. However this amount of damage is very rare in humans.

Authors also assess longevity of expression in edited mice with and without downhill running. Without running edited mice remain comparable to wild type based on RNAseq of quadriceps. Edited Mice that ran showed more inflammation and regeneration than wild type.

Authors argue that the dystrophin levels achieved after editing were sufficient to largely prevent disease. Note that this is IN MICE and also that the mice were treated with genome editing before the onset of pathology. Duchenne patients will be treated later.

It is nice that the authors see 18 months of persistence of dystrophin in the model. Of course the question is how efficient it is in larger models and how long it will persist there. I also wonder what the viral genome dose extrapolates to in human and if this would be doable.

All in all a nice paper. Authors performed in depth analyses and took along all relevant controls. It would have been nice if they included diaphragm in analyses though.