In today’s #apaperaday, Prof. Aartsma-Rus reads and comments on the paper titled: Successful bone marrow transplantation in a patient with Diamond-Blackfan anemia with co-existing Duchenne muscular dystrophy: a case report

Today’s pick is from a journal of medical case reports by Nair et al: a Duchenne patient who also had Diamond-Blackfan anemia, for which he required a hematopoietic stem cell transplantation. Published in 2011. Doi 10.1186/1752-1947-5-216

I assume my followers know about Duchenne muscular dystrophy, but Diamond-Blackfan anemia may need an introduction: it is a rare congenital disease that occurs in ~5-10 per million births. Patients have a defect in early steps of erythropoiesis (production of red blood cells)

This leads to anemia. Treatment with steroids helps initially but most patients need regular transfusions by the age of 18 months. A transplantation of hematopoietic stem cells from healthy donors (that produce red blood cells) can cure this anemia & is successful in 85% of cases.

The authors introduce a 9 year old boy from North-Indian descent who was diagnosed at 8 months with Diamond-Blackfan anemia. By the age of 4 muscle weakness was noticed and he was also diagnosed with Duchenne muscular dystrophy. The patient needed regular transfusions from age 6.

Since one of his brothers was an HLA match, a stem cell transplantation was an option. The patient was pretreated (i.e. removing the original stem cells to make room for the donor stem cells). Engraftment was successful and blood levels are now normal! Hooray.

Authors mention that since the stem cell transplantation the patient appear to be stable. He was wheelchair dependent at the time of the transplant and still is in a wheelchair. However, he can sit 3 hours independently now for 45 months and CK levels have dropped.

Authors looked at chimerism in muscle biopsies (i.e. how many of the donor cells are there?) and reported levels of 8-10%. However, they could not observe any dystrophin expression in the biopsy. Still authors maintain that stem cell transplantation was likely beneficial.

They do mention that more work is needed to fully elucidate the effect and outline the risk of stem cell transplantation (requiring the ablation of original blood stem cells – crucial for this patient due to his Diamond-Blackfan anemia, but a severe risk in regular Duchenne!)

Based on evidence provided here I am not at all convinced that stem cell transplantation helped to stabilize Duchenne in this patient. A number of comments: 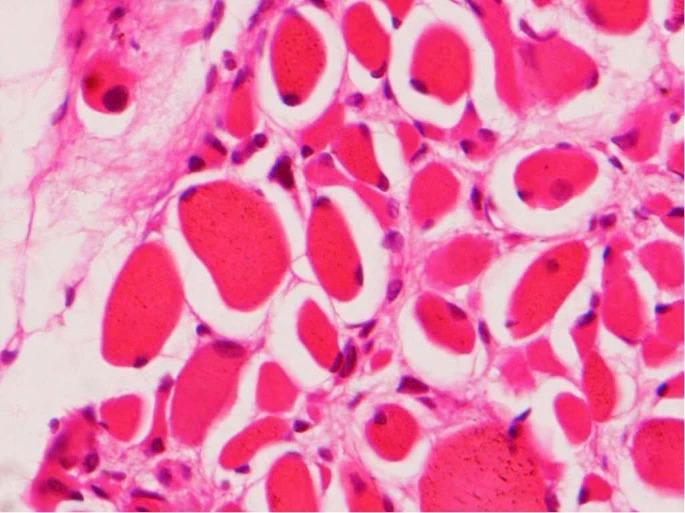 More on why it is important to do genetic diagnosis for Duchenne. Regardless, based on the information provided here, we do not know for sure the patient had Duchenne or another muscle disease.

Long story short: based on this paper I have not changed my opinion on stem cell treatment for Duchenne (in the ‘non-Capricorn way’): there is currently no evidence whatsoever that this works. I know papers like this are used as evidence by those who offer stem cell ‘therapy’.

Hopefully my dissection illustrates there is no evidence: the patient may not even have Duchenne and ‘stability’ is an arbitrary opinion of the authors and not offset against natural history. For the ‘Capricorn way’ of stem cell treatment: trials are ongoing so no opinion there yet.