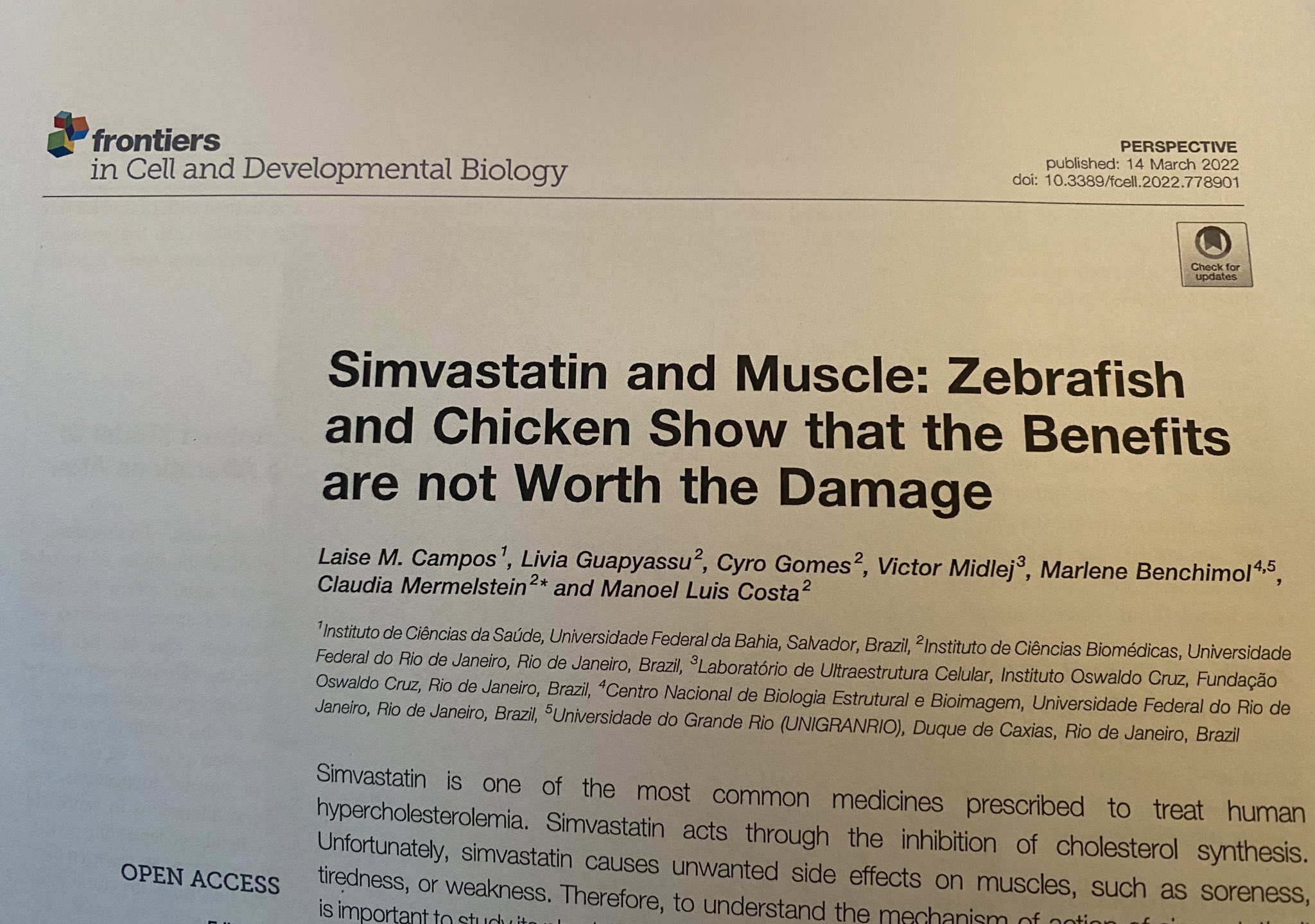 In today’s #apaperaday, Prof. Aartsma-Rus reads and comments on the paper titled: Simvastatin and Muscle: Zebrafish and Chicken Show that the Benefits are not Worth the Damage

Today’s pick is by Campos et al from Frontiers in cell & developmental biology on the effect of simvastatin on muscle development doi 10.3389/fcell.2022.778901

Simvastatin & other statins reduce the production of cholesterol & in this way reduce blood cholesterol levels. They are a well known treatment for hypercholesterolemia. However, they can also cause muscle pain, tiredness and weakness and even breakdown of muscle (rhabdomyolysis).

Here authors studied the effect of simvastatin on zebrafish muscle development. They benefit from the fact that zebrafish larvae are transparent. Using high doses of simvastatin resulted in shorter, ‘bendy’ fish, while with low concentrations a reduction in myofibrils was seen. 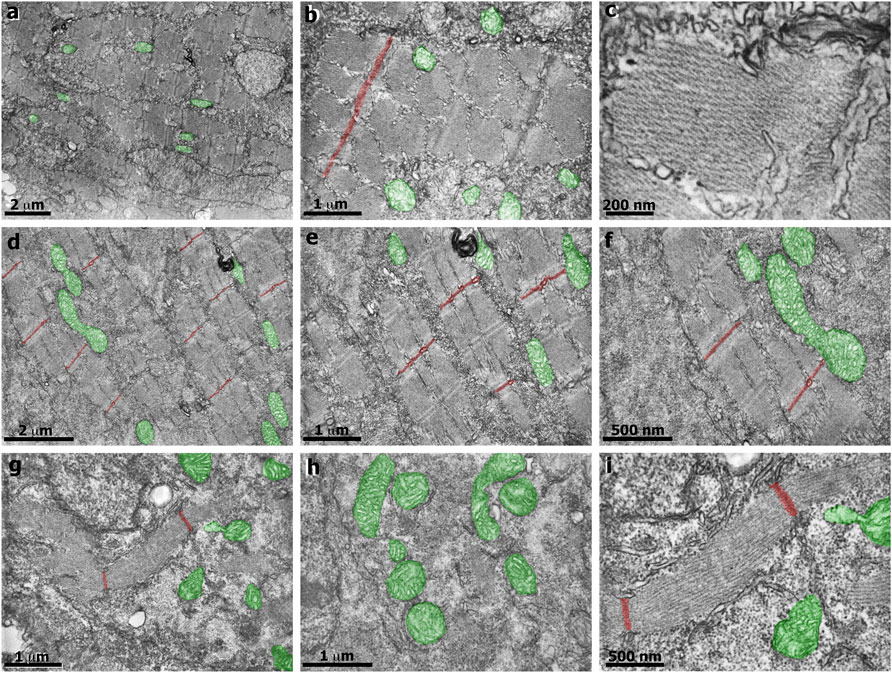 When authors supplied cholesterol and simvastatin most of the deficits were normalized, suggesting that the results are due to a reduction in cholesterol. Authors further studied the potential effect on regeneration in primary muscle cell cultures from chicken.

This showed that with simvastatin proliferation was reduced. Authors speculate that likely due to lower levels of cholesterol, membranes are less stable and cells less able to proliferate and later differentiate (which makes sense to me – you need cholesterol/lipids to divide).

Authors discuss that their work focuses mainly on embryonic development of muscle and therefore the mechanism of simvastatin on postnatal muscle is not yet known and needs to be further studied. They state that the effects observed are dose dependent.

Given that the effects are dose dependent I am disappointed that authors do not explain how the doses they used in their experiments correlate to the doses used to treat humans. How physiologically relevant are these studies? Maybe doses are much higher than human doses.

Authors also discuss the simvastatin work in the mdx mouse model for Duchenne, outlining the controversy of some papers showing a slower disease progression and others (including our group) no effect.

I was hoping the authors would have an explanation for the discrepancy and the fact that using the same dose and route of administration, ~100 fold differences in blood simvastatin levels are achieved. However, they do not (neither do I so not blame them).

Authors indicate that more work is needed in human cell cultures (2D and 3D) and animal models to elucidate this further. I agree but would like to add that physiologically relevant doses should be used in the in vitro systems.