In today’s #apaperaday, Prof. Aartsma-Rus reads and comments on the paper titled: Selected clinical and demographic factors and all-cause mortality among individuals with Duchenne muscular dystrophy in the Muscular Dystrophy Surveillance, Tracking, and Research Network

Today’s pick is from World Muscle Society journal Neuromuscular Disorders by Paramdothy et al on the factors that influence mortality in Duchenne patients in the USA who were part of MD STARNet doi 10.1016/j.nmd.2022.04.008.

Duchenne is a severe progressive muscle wasting disease sadly leading to loss of function & premature death. With improved care, the age of death has increased in the past decades. However, no study has been done yet in the USA. Here authors looked into the MDStarnet database. 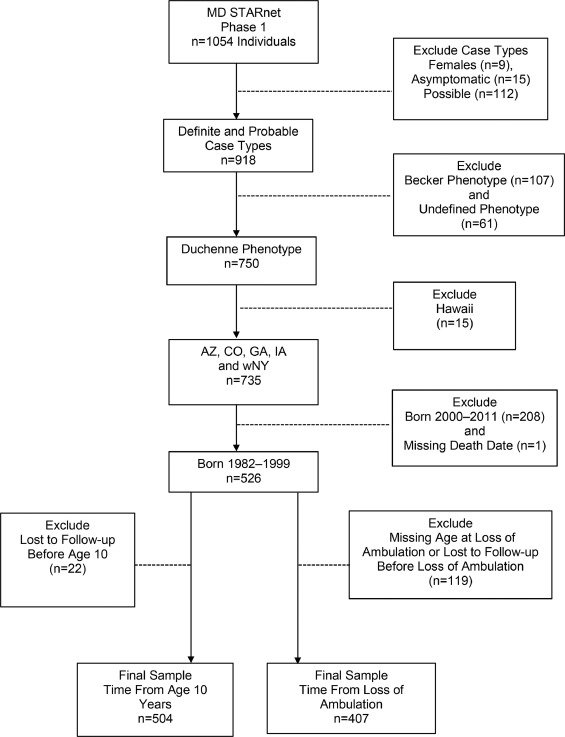 Looking into causes of mortality is looking into the past. Authors considered only patients born between 1982 and 1999 as they are old enough to maybe have died. As you can see in the graph below ~25% of 30 year olds are still alive. However, sadly many died earlier.

The mean age of death in the USA was 23.7 years, which is similar to previous reports from other countries. While these analyses may seem a bit morbid, they can inform us about which aspects can protect against mortality. This is analysis the authors did as well.

Protective: using steroids (continued after loss of ambulation), using a cough assist and having undergone scoliosis surgery. No difference was found between type of steroid. No effects of use of cardiac medication was seen – however, most patients were not treated presymptomatic.

Authors discuss that a Japanese study suggests that treating patients presymptomatically (as the current care standards also suggest) was protective. The protective effect of scoliosis surgery is a bit puzzling and was not found by most other studies.

Generally patients who develop scoliosis severe enough to require surgery are very severely affected. Possibly the patients undergoing scoliosis attended more expert care sites, while others – though needing surgery – were not offered the option (my own speculation).

Authors also identified that non-Hispanic black Duchenne patients had an increased risk of mortality. They noticed before that the average age of diagnosis and (thus) age of initiating steroids were later. This may have played a role. Socioeconomic status may also have contributed.

Authors discuss limitations of their study e.g. this study only involves USA patients who attended US Starnet clinics so it is not representative of all USA patients. Another limitation is that this focuses on patients born long ago who did not have current multidisciplinary care.

There is no solution for this limitation as we cannot look into the future. However, it is clear that many care guidelines that are in play (steroid use, cough assist) have a clear impact not only on disease progression but also on mortality.