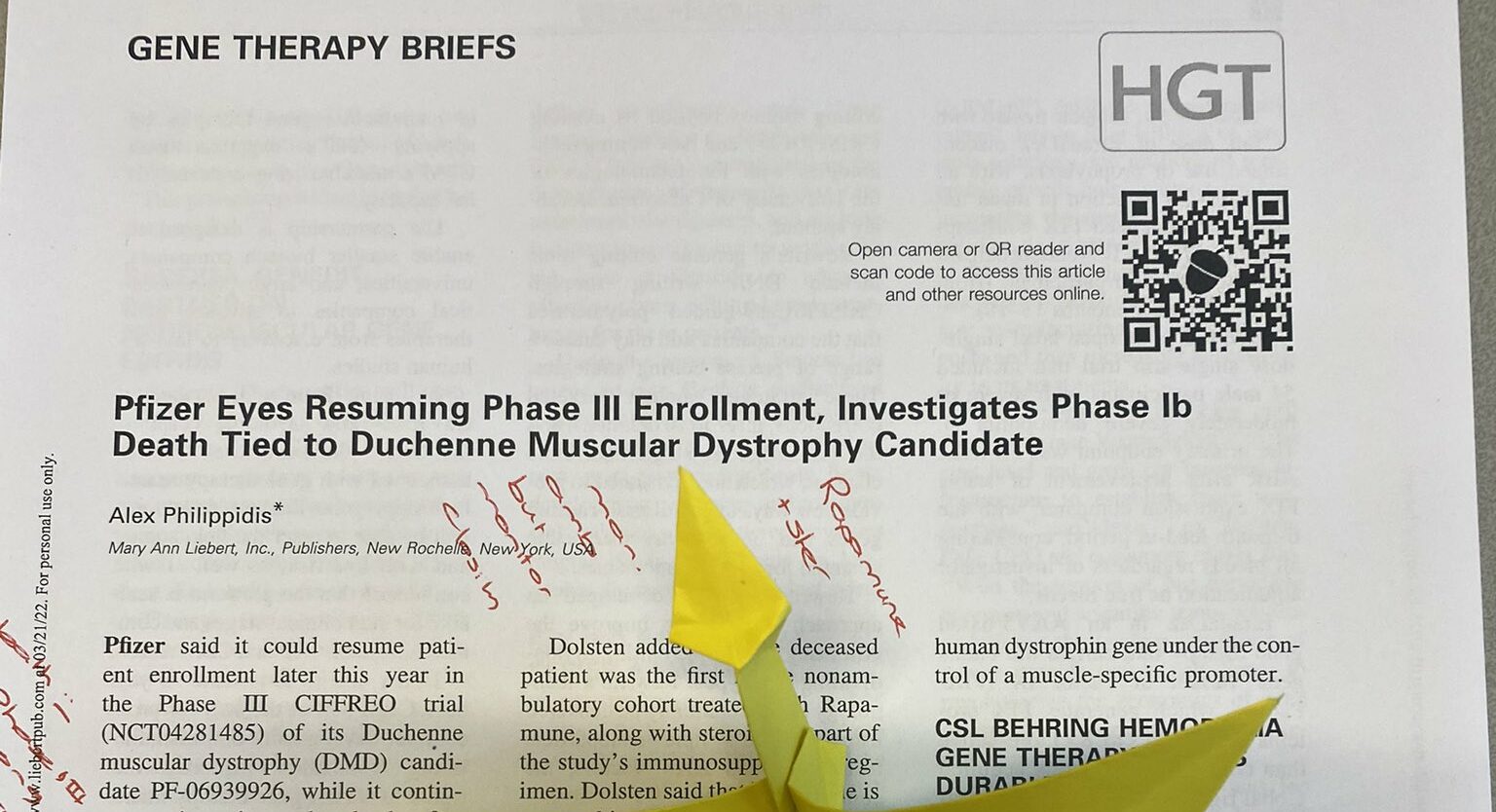 Today’s pick is a brief news update by Philippidis in Human Gene Therapy on the pfizer microdystrophin trial from Pfizer. Doi 10.1089/hum.2022.29203.bfs

Sadly, a 16 year old patient in the phase 1b trial passed away due to severe side effects after treatment with the AAV9 microdystrophin gene therapy. This trial is currently on hold, pending investigation. The patient died due to hypovolemia (dehydration) and cardiac shock.

Likely the patient had a viral infection at the time of treatment, which may have exacerbated due to the use of immunosuppressants that are part of the phase 1b trial protocol (high dose steroids & rapumune, aka sirolimus, which primarily prevents proliferation of T-lymphocytes).

The phase 3 trial does not involve treatment with rapamune, as the immune system of ambulant, younger patients is less mature and likely less immune suppression is required. Pfizer anticipates that the phase 3 trial can continue recruiting in the coming months.

Patients will be monitored more closely. The phase 1b trial will be on hold until more is known about the unfortunate death of the treated patients. Devastating for everyone involved, and first and foremost the patient’s family of course.

Hopefully we can learn from this event so that AAV microdystrophin gene therapy can be done in a safer way.