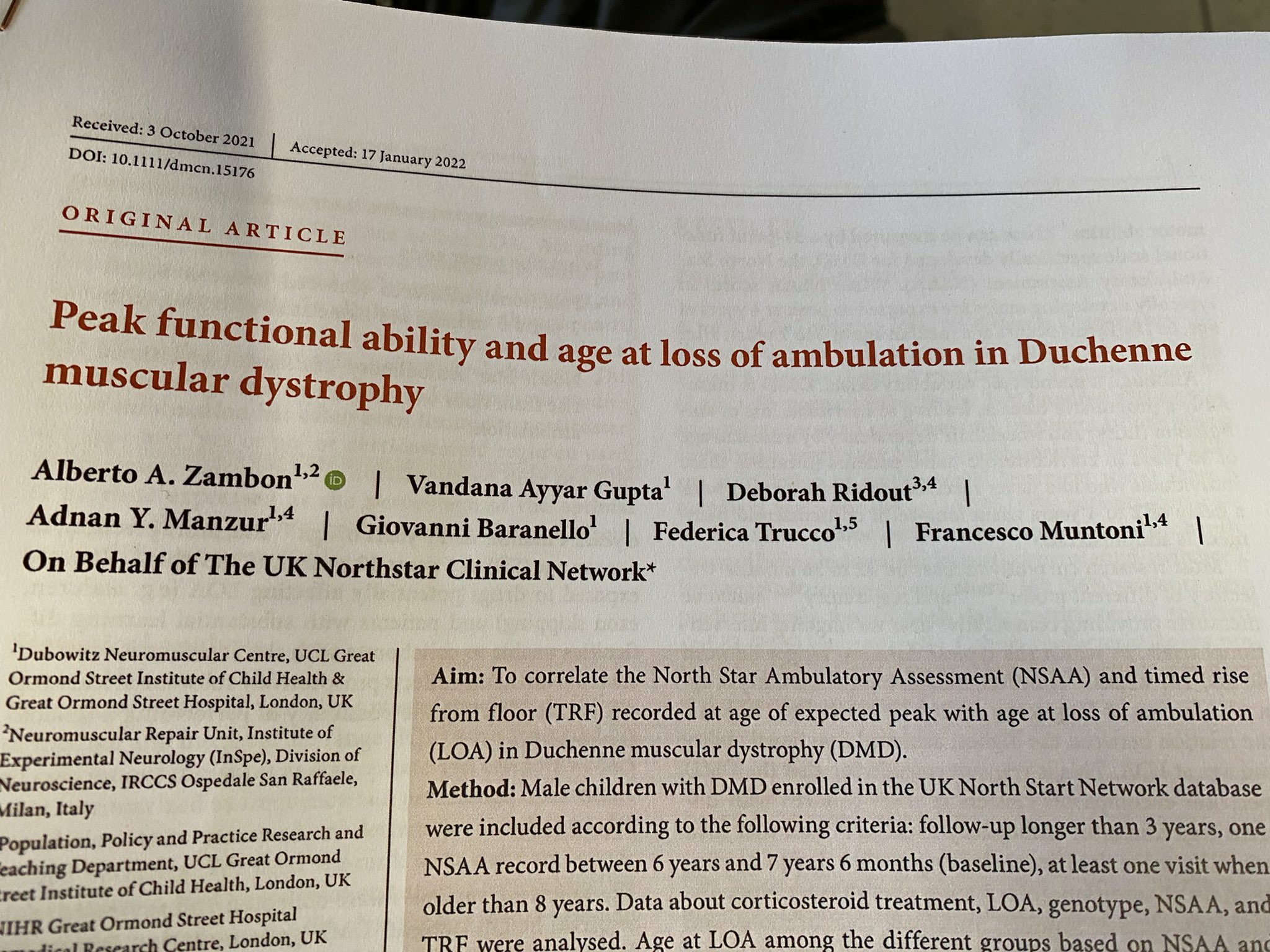 In today’s #apaperaday, Prof. Aartsma-Rus reads and comments on the paper titled: Measuring carer quality of life in Duchenne muscular dystrophy: a systematic review of the reliability and validity of self-report instruments using COSMIN.

Today’s paper is from Developments in Medical Child Neurology by Zambon et al involving the UK North Star Network on the fact that peak performance of Duchenne patients in the North Star Ambulatory Assessment Scale (NSAA) & time to rise from floor predict age of loss of ambulation. DOI: 10.1111/dmcn.15176

Here authors performed a retrospective analysis to see if maximum NSAA score and best time to rise correlated with age at loss of ambulation. 293 patients were included from 13 centers in the UK for whom at least 3 years follow up was available.

All except 1 patient either were on steroids (286) or had been while ambulatory (6). Most used daily steroids, but 40% switched from daily to intermittent or prednisone to deflazacort or the other way around. 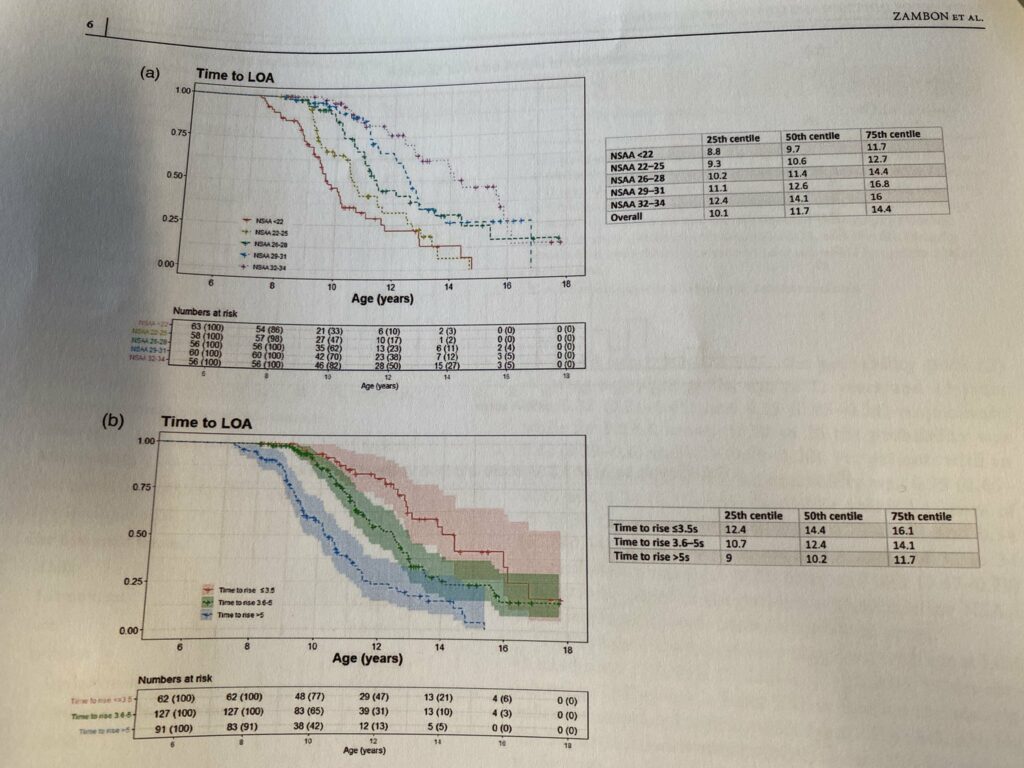