It increases fibrosis deposition & inhibits muscle regeneration. glucocorticosteroids (GC) can inhibit disease pathology for Duchenne – likely by inhibition of inflammatory response. However, GC do more than this (don’t forget that while this paper focuses only on inflammation).

GC are antagonists of the GR, but can also activate the MR – this is thought to lead to most of the side effects of chronic steroid use. MR antagonists (blockers) can also have anti-inflammatory properties and that would be expected to lead to less side effects.

here authors study the effect on inflammatory cells in quadriceps and diaphragm of mdx mice after treatment with GC (prednisone) and an MR antagonist (spironolactone). The dose of spironolactone used appears to be very high compared to what is used in human.

Authors checked the effect on inflammation by measuring factors produced by inflammatory cells: chemokines and cytokines. Both prednisone and spironolactone reduced production of these factors in quadriceps. In diaphragm however prednisone increased production for some factors.

Authors then studied the inflammatory cells present in the muscles. No impact was seen of spironolactone treatment on the cell types, while prednisone treatment increased the amount of a specific macrophage (F4/80(hi) for the initiated – which I am not).

Finally, authors isolated RNA from the inflammatory cells to study their gene expression. Prednisone changed expression of 686 genes, spironolactone of 263 genes. Only altered 53 genes were shared between prednisone and spironolactone. 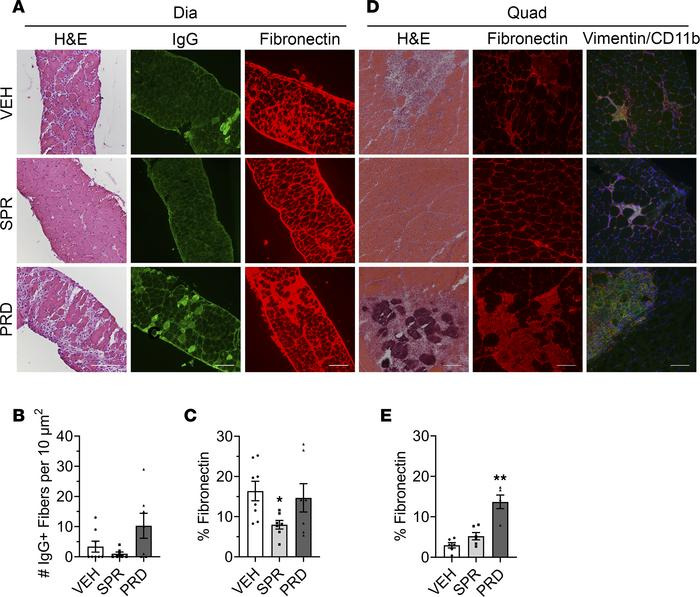 Authors provide a long discussion which focuses on the different immunological pathways and how steroid treatment and spironolactone treatment can have influenced this. However, they do not discuss limitations much.

I’m not saying the paper is not good – just would have liked it more if the authors had put it in a broader context than only inflammation.