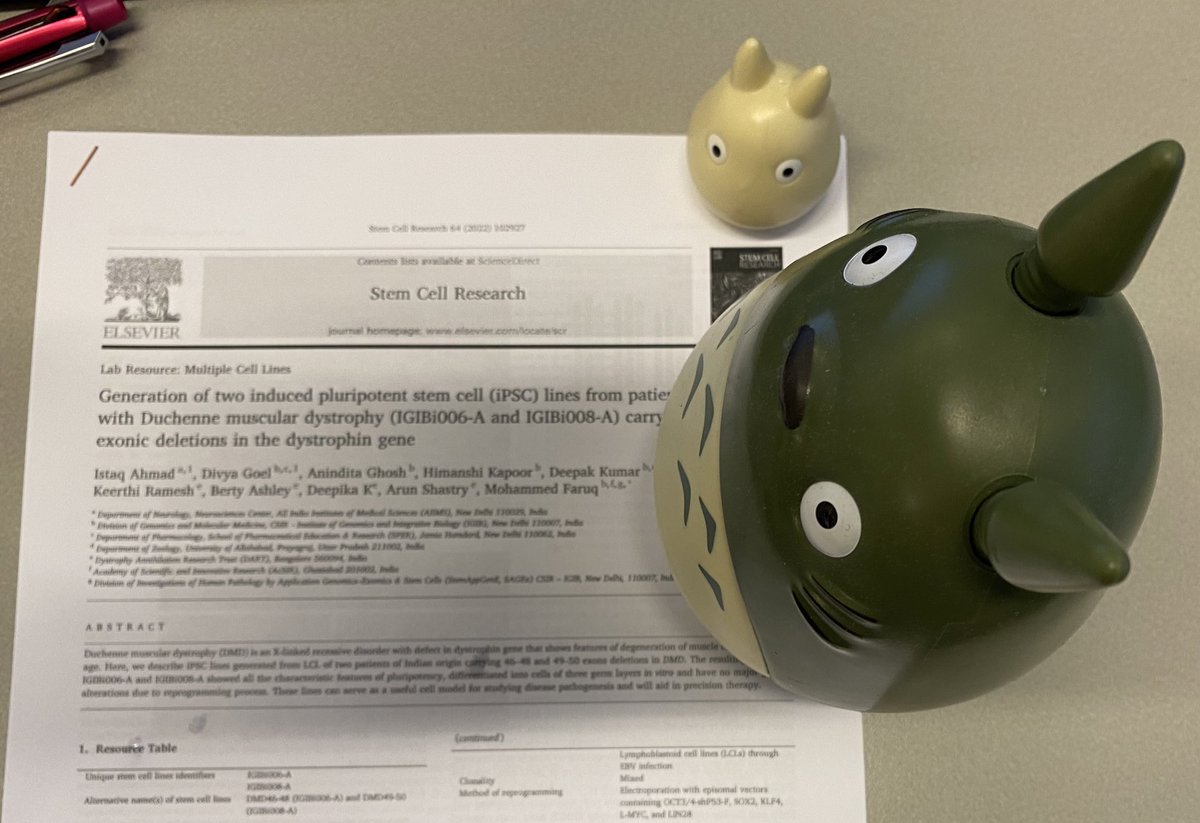 Today’s pick is from stem cell research by Ahmad et al from DART India on the generation of 2 induced pluripotent stem cell lines of Duchenne patients from India. Doi 10.1016/j.scr.2022.102927

These tissues are more difficult to study with primary and/or immortalized primary cultures. Furthermore, these cells have a limited division capacity. Induced pluripotent stem cells convert somatic cells into pluripotent stem cells, which can differentiate into any tissue provided a protocol is available. They can also divide indefinitely. As such these IPSC lines are very valuable. However, it does take an effort to generate them. Here authors generated IPSCs from 2 Indian Duchenne patients, with a deletion of exon 49-50 and exon 46-48.

Most IPSCs are of Caucasian descent. As Duchenne is a disease that affects patients globally, it is important to also have models for patients of other races, as certain aspects my differ between races due to genetic variation (e.g. pathology development & response to treatment).

Authors generated the 2 IPSC lines from peripheral blood mononuclear cell-induced lymphoblastoid cell lines. They used plasmid vectors to deliver the pluripotency genes. They confirmed the mutations were still present and excluded the occurrence of chromosomal aberrations.

They performed microarray analysis to look into more detailed chromosome changes (none found – except for the dystrophin deletions). They confirmed the IPSCs were pluripotent (differentiation into mesoderm, endoderm and ectoderm was possible).

Finally they confirmed the vectors used to produce the IPSCs were cleared and that the cell lines were mycoplasma negative. So we are now good to go to study the cell lines and/or to assess exon skipping or other therapeutic approaches. Looking forward to those results.