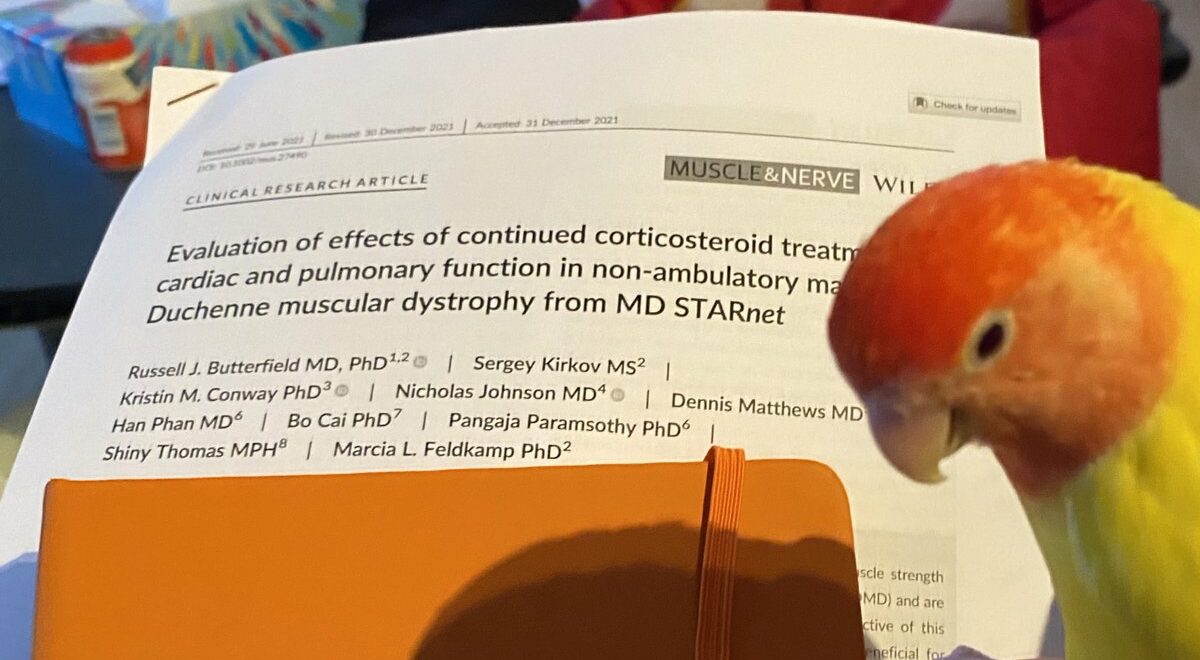 In today’s #apaperaday, Prof. Aartsma-Rus reads and comments on the paper titled: Evaluation of effects of continued corticosteroid treatment on cardiac and pulmonary function in non-ambulatory males with Duchenne muscular dystrophy from MD STARnet.

Paper a day is Duchenne themed due to the Italian International Conference on Duchenne and Becker Muscular Dystrophy meeting. Got my notebook ready so I can update the TREAT-NMD Duchenne research overview. Today’s pick is on effects long term steroid use on heart and respiratory function doi 10.1002/mus27490

Corticosteroids are part of the standards of care (see TREAT-NMD for parent/patient friendly documents in many languages). They delay the age of loss of ambulation. Care guidelines suggest continuing treatment beyond loss of ambulation.

Here authors intended to assess whether the benefits of this continuation outweighed the side effects of prolonged treatment (with associated side effects). They performed retrospective analysis on their cohort ending up with 398 included cases. 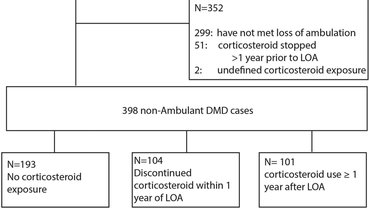 Authors saw no difference between the age of onset for left ventricular dysfunction (heart), while for patients who continued treatment with steroids the age of having a problematic percent predicted forced vital capacity (respiratory function) was delayed. 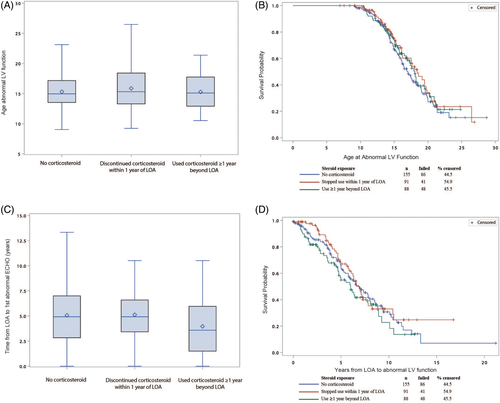 It has been reported before that continuation of steroid use can delay onset of cardiac dysfunction. Does this paper disprove this? Not necessarily.

These limitations are what you have to deal with with retrospective studies. The positive takeaway is that even with all these limitations, the effect on respiratory function is already clear with ~1 year delay in the onset of abnormal percent predicted forced vital capacity.

I look forward to additional results of longer term studies and natural history studies that are now ongoing. For those studies I would suggest having a different cut-off value for “continued steroid use” than 1 year or more after loss of ambulation.

One final comment to the authors: they stressed the balance of steroid use and side effects a lot in their introduction. However, they did not report on the side effects in the results. If the question is ‘is continuation of steroids worth it’ you should also include side effects.