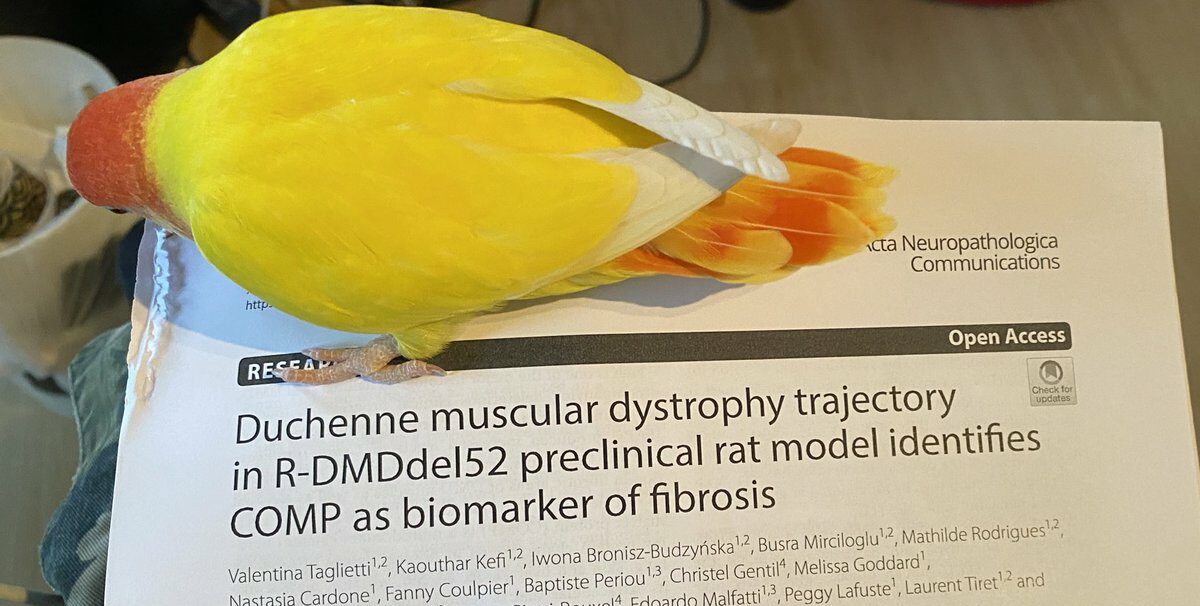 Mouse models lacking dystrophin are generally mildly affected. They can be more severe when more genes are knocked out, but that is not optimal when studying pathology or treatment effects as defects may be caused by lack of a protein present in Duchenne rather than dystrophin.

Additional models have been generated (pig, monkey, rabbit) or occur spontaneously (dogs), and these are more severely affected, but due to their size larger studies are challenging. Also pigs have a very progressive pathology, making intervention studies challenging.

Rats are smaller, but lacking dystrophin have more severe pathology. However, generated rat models so far had mutations outside of the mutation hotspot (authors are surprised by this – so am I). Here authors have generated a rat model with a deletion of exon 52 – in the hotspot.

Rats were generated with CRISPR/cas9. The deletion and lack of dystrophin were confirmed. The rats lacking dystrophin showed poor survival (all died before 14 months), increased CK levels in serum and reduced weight and atrophy. 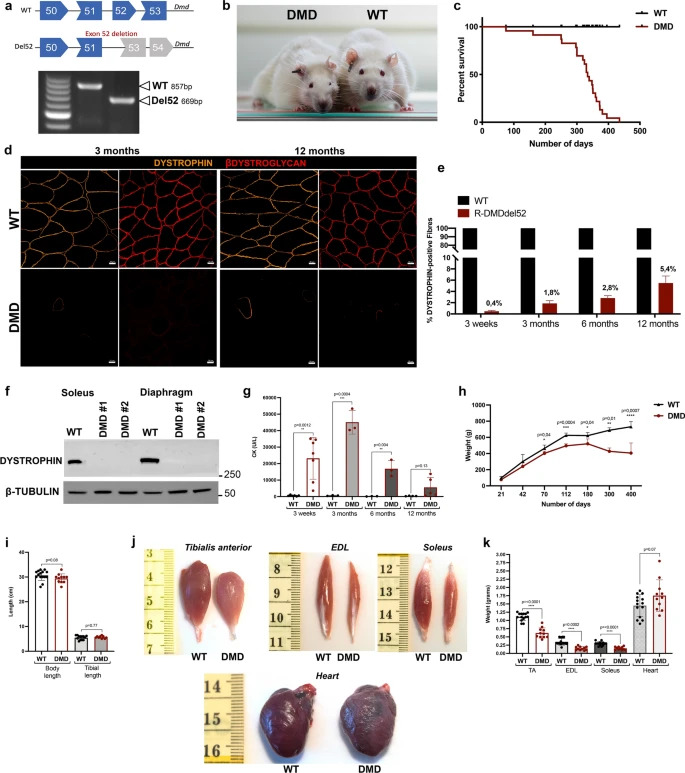 No clear growth defect was seen. Muscle function was impaired: less strength, lower speed while running and earlier exhaustion. Respiratory impairment was seen as well – smaller tidal volumes which was compensated for by increased respiratory rate.

Diaphragm and skeletal muscles were fibrotic, starting at 3 weeks. At later stages also fat infiltration was observed. Chronic inflammation was seen too. Heart rate was reduced and ECG was abnormal – likely due to the fibrosis that became apparent at 3 months.

Authors discuss that they stopped using the treadmill exercise as that exacerbated the pathology and may have resulted in earlier death for the rats involved. This is a point we also took into consideration when testing muscle function in mice.

We made sure the testing regime did not influence pathology. I commend the authors for the model they generated and all the work they did to clarify the natural history of this model. The title is a bit misleading suggesting the paper focuses on fibrosis only.

In fact the paper contains much more, including functional data, single cell sequencing etc. Looking forward to follow-up work and of course also studies where therapeutic interventions are tested in the model.