In today’s #apaperaday, Prof. Aartsma-Rus reads and comments on the paper titled: Co-Administration of Simvastatin Does Not Potentiate the Benefit of Gene Therapy in the mdx Mouse Model for Duchenne Muscular Dystrophy.

Duchenne is caused by lack of dystrophin, which results in chronic muscle fiber damage, calcium homeostasis disruption, mitochondria dysfunction, inflammation, and fibrosis/adiposis formation in muscle. Gene therapy can deliver a micro-dystrophin. This is partially functional.

Simvastatin lowers cholesterol and authors previously showed cholesterol levels are increased in Duchenne patients and mdx mice and simvastatin treatment can lower this in mdx mice. Simvastatin also has anti-inflammatory and antifibrotic properties.

Previous work has shown simvastatin treatment can reduce fibrosis in diaphragm and heart and improve function here and here. However, we and others were unable to confirm this using the same setup here and here.

As yet the reason for this discrepancy is unclear. While the same simvastatin dose was used, the simvastatin plasma levels were much lower in the papers, unable to find an effect of treatment. Authors were unaware of our study and that of Mucha at all when planning this work.

Authors show that in TA combination treatment with simvastatin results in lower microdystrophin levels (not significant but clear trend). However in other muscles (diaphragm, GA muscle etc) this was not seen (shown in supplemental figures – would be better as in paper figures) 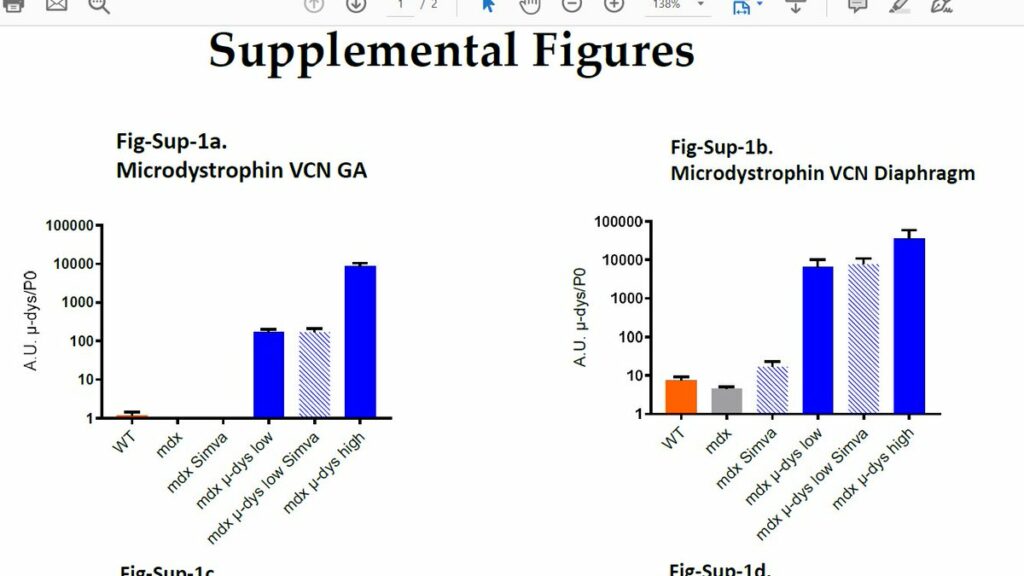 Authors assess fibrosis levels in the diaphragm showing that treatment with simvastatin alone and micro-dystrophin alone at low levels can reduce fibrosis levels. Combination does not improve this, high dose microdystrophin results in higher reduction of fibrosis. 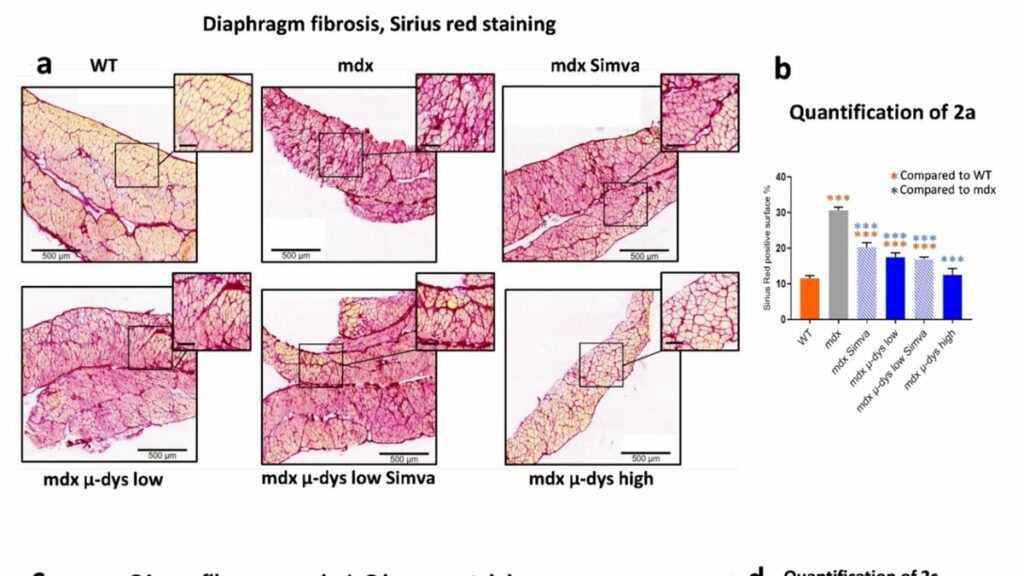 Simvastatin is known to also result in muscle pathology when patients with high cholesterol take this. In line with this authors detect increased muscle damage and necrosis in simvastatin treated muscles (GA and TA). CK levels drop due to simvastatin and microdystrophin treatment. 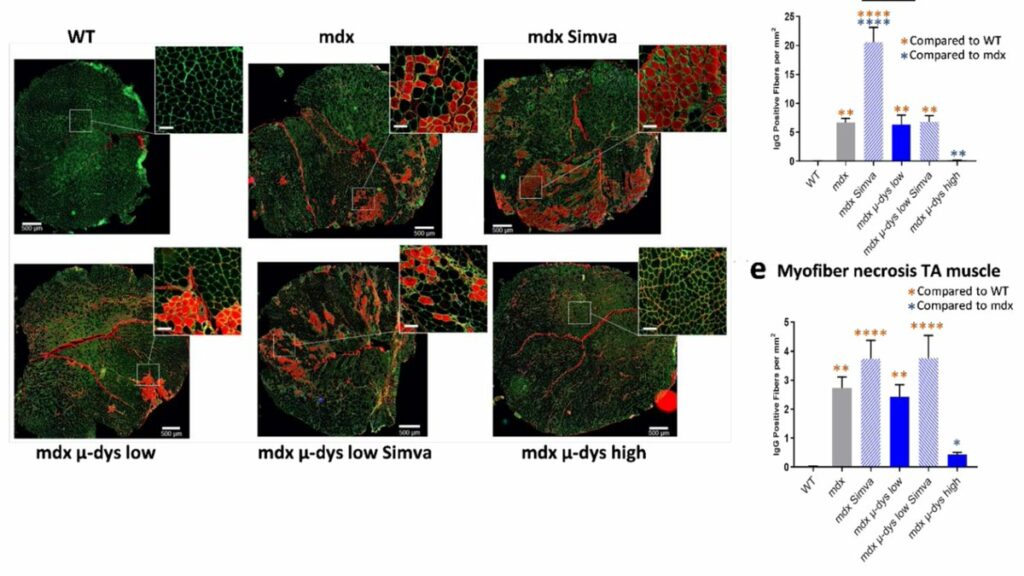 Why simvastatin levels in plasma are high vs low using the same dose in food or via oral gavage is still a mystery to me. Authors promise to study the potential reduced microdystrophin levels in the combination with simvastatin in future work. Looking forward to that.

If someone has an explanation for the discrepancy in simvastatin treatment effects in mdx mice using the same dose I am open to suggestions. For now, given the effects on muscle damage and reduced strength I suggest holding off on clinical development for Duchenne patients.