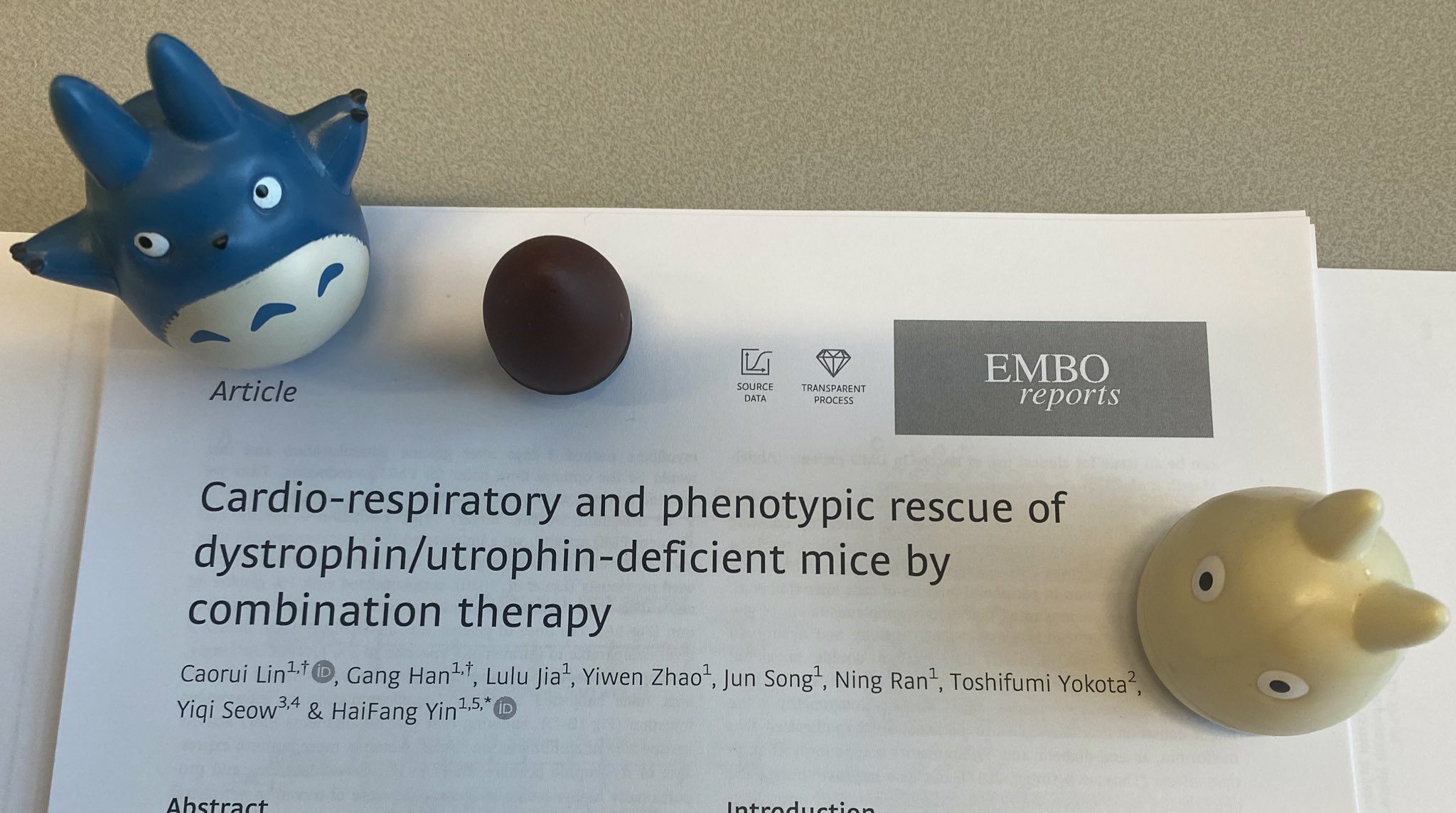 In today’s #apaperaday, Prof. Aartsma-Rus reads and comments on the paper titled: Cardio-respiratory and phenotypic rescue of dystrophin/utrophin-deficient mice by combination therapy.

Authors aim to improve ASO uptake. In the past they showed that injecting ASOs in sugar rich solutions improves muscle uptake in mice. However, lots of sugar is not healthy, especially in Duchenne patients who may have weight problems anyway and are at risk for insulin resistance.

They also showed that injecting ASOs in a glycine rich solution (glycine is an aminoacid – protein building block), improved ASO uptake in mice. The added benefit is that glycine appeared to have muscle regenerative properties in cultured cells and mice –> double effect.

All these tests were in the regular mdx mouse model, which is mildly affected. Here authors used the much more severely affected dko model. First authors test if they can also provide the glycine in food. This appears to be more effective than intravenous injection.

Authors have very nice figures to outline the experimental setups. They compared ASO treatment at a low (25 mg/kg) or high (50 mg/kg) combined with glycine (in food from 3 days before the treatment to treatment) with ASO alone. The ASO is mouse exon 23 morpholino. 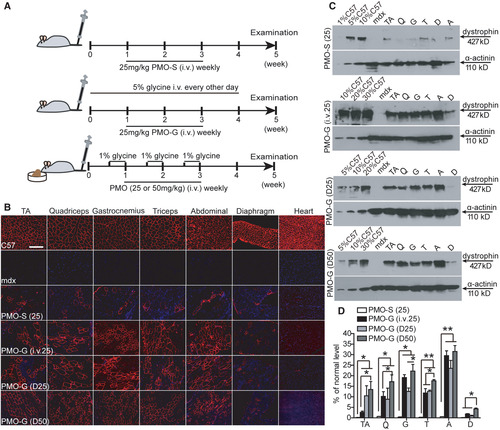 The combination with glycine in food improved dystrophin restoration in skeletal muscles – no dystrophin was restored in heart. Authors also observed an increase in weight in dko mice, but did not see an effect on heart function, kyphosis (the mouse version of scoliosis).

To improve heart function, authors then combined the pretreatment of glycine in food and the intravenous injection of ASO with metformin in drinking water. Metformin is an antidiabetic drug, but it also has anti-inflammatory properties. 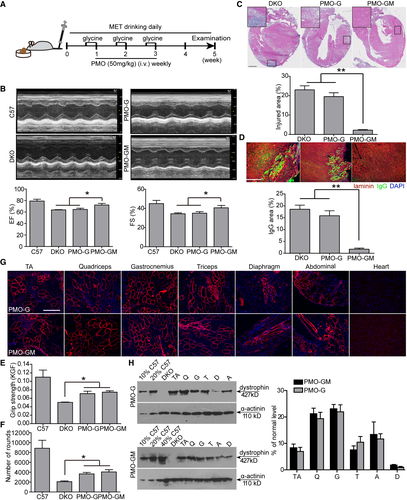 Authors found this triple combination treatment reduced the level of fibrosis in heart and improved heart function compared to no treatment or only PMO treatment. They used wild type references. However, they did not compare to glycine only or metformin only or glycine/metformin. 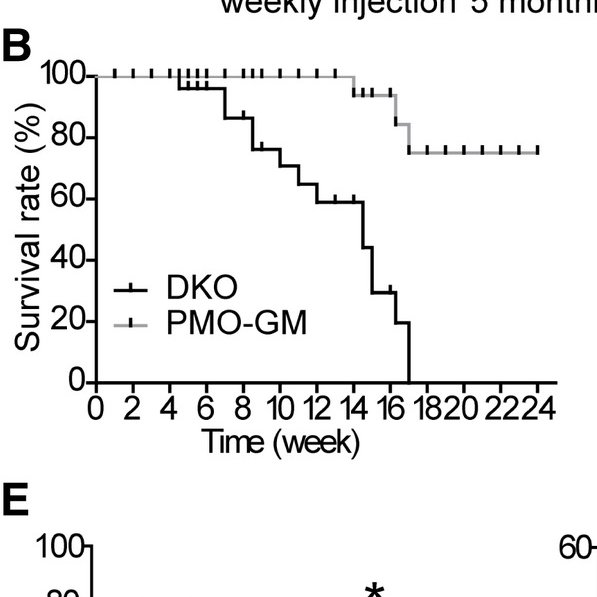 Regardless, treatment increases survival. However, lacking groups receiving 1 or 2 of the treatments in the combo we do not know if the triple combo was crucial for this effect or not. Authors argue that their work is promising and provides a therapeutic option for clinical use.

I think it is too early for this conclusion for several reasons:

Before combination treatment can be tested in humans (if it is shown to also be effective in d2/mdx), extensive toxicity studies are needed testing also the different combinations of 2 drugs on top of the triple combination (expensive).

This is why I am sad the authors did not also test the different combinations in the long term survival study. If we need only 2 of the 3 to get an effect, development towards the clinic will be much easier.

All in all I am positive about the study. Authors used wild type controls, and they used whole cross sections to assess fibrosis rather than selected fields. They also looked at histology and function. Including all the combination groups is challenging (large numbers needed).

However, I hope it is clear why it would be good to also include them. And why more work is needed before this can be translated to the clinic. I look forward to more work from these authors, hopefully including d2/mdx combination treatments.