In today’s #apaperaday, Prof. Aartsma-Rus reads and comments on the paper titled: Antioxidant effects of bis-indole alkaloid indigo and related signaling pathways in the experimental model of Duchenne muscular dystrophy

Certain plants contain a lot of antioxidants. Here authors focus on an alkaloid, indigo (with a very nice symmetrical chemical structure – my OCD rejoices). Indigo is already evaluated as a potential treatment for inflammatory diseases. Here authors evaluated it in mdx mice. 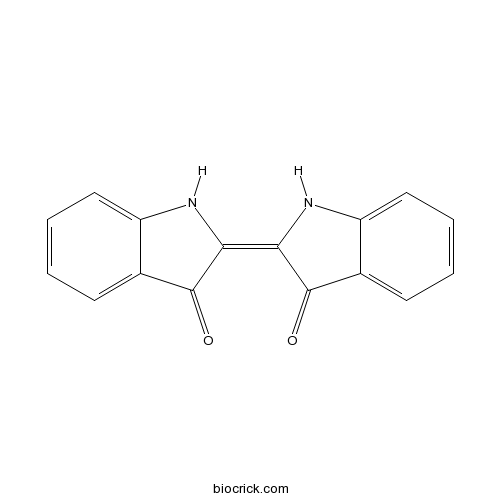 Authors first tested indigo in primary muscle cell cultures from mdx mice (model that does not produce dystrophin). They optimized indigo dosing and noticed that at optimal doses it improved viability of the cells. Note that authors did not assess differentiation capacity.

For in vivo studies, authors used large groups (n=14!) – however, they do not mention whether males and/or females were used and no wild type controls were included. Indigo treatment was done via IP injections at 3 mg/kg from day 14-28.

Authors focus on diaphragm – which is good because it is a severely affected muscle in mdx mice. However, ideally they would have started later and treated for longer. e.g. fibrosis levels are limited at 28 days.

Still what authors do show is that indigo treatment has no effect on body weight, reduces CK levels, reduces the number of centrally located nuclei, oxidative stress markers, inflammation and NFKB expression and seems to improve mitochondria function compared to saline treatment.

The effect sizes are difficult to put in context as wild type animals are lacking. Furthermore treatment is started before the onset of pathology. Authors conclude that this compound has potential but that more work is needed to study the mechanism by which it works.

I would suggest treatment of males only, starting at 4-5 weeks and treatment for 1-2 months and then assess histology of diaphragm and also skeletal muscle function. Obviously with wild type references.

While indigo appears to have antioxidant properties, the question is if the effects are sufficient to reduce pathology & disease progression in mdx mice. If it does, additional short term tests in d2/mdx mouse would be good to assess effects on limb muscle fibrosis & function.