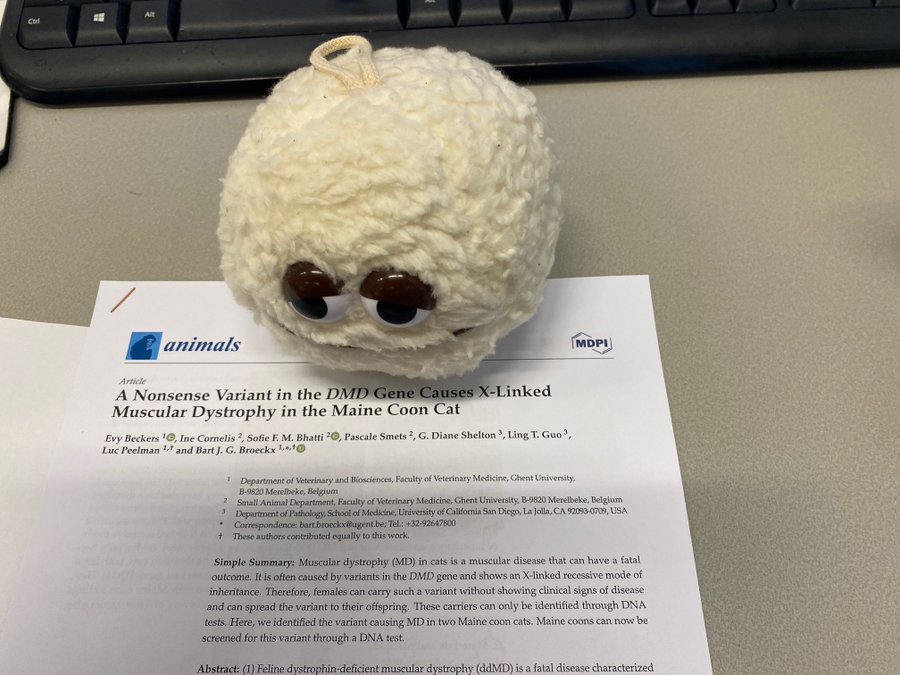 In today’s #apaperaday, Prof. Aartsma-Rus reads and comments on the paper titled: A Nonsense Variant in the DMD Gene Causes X-Linked Muscular Dystrophy in the Maine Coon Cat

Today’s pick is from the journal animals on Maine coon cats without dystrophin by Beckers et al. Doi 10.3390/ani12212928

Authors here present 2 Maine coon brothers. The first presented at 5 months with growth retardation, weight loss and hypersalivation. The gait was abnormal and there was a mild heart murmur. There were no neurological problems. CK was elevated. 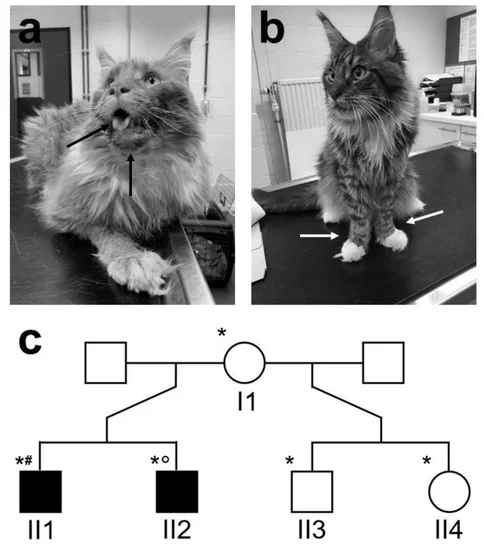 At 9 months the brother presented with the same symptoms. Also he had a high CK. The mother had normal CK. Muscle biopsies were done for both and this revealed a clear dystrophic pathology. Staining for dystrophin showed complete absence for both.

The dystrophin associated proteins were reduced and utrophin was increased. Authors then went mutation hunting and analyzed mRNA from the biopsy. They discovered a nonsense mutation in exon 11 for both brothers. The mother was a carrier. Other siblings did not have the mutation.

Authors discuss how currently the first cat is still alive at 3 years of age, while the other brother died suddenly at home due to unknown reasons. The mother cat is a carrier and because carrier females are at risk for developing cardiomyopathy, this cat is followed up for that.

So far no heart problem has been detected. Note that it is great that authors informed the owners about this – and I want to stress that also human carriers of dystrophin mutations should be regularly checked for cardiomyopathy.

The only thing I wonder is whether the living brother would be eligible for ataluren treatment. The mutation is eligible, but I do not know whether it is possible to prescribe this off label to a cat (aside from the cost aspect…)