Today’s pick is from PLOS ONE by Ferizovic on prognostic indicators for Duchenne muscular dystrophy disease progression based on a literature review. Doi 10.1371/journal.pone.0265879.

It is challenging to perform randomized controlled trials for Duchenne (authors state). As such, it has been proposed to use natural history comparators. D-RSC (Duchenne Regulatory Science Consortium) and C-TAP (Collaborative Trajectory Analysis project) work on this.

They started with >3000 papers and ended up with 135 publications involving 25,610 patients from Europe, Asia, Africa, North & South America and Australia. They assessed 23 prognostic indicators for which they assessed the influence on progression in different domains. 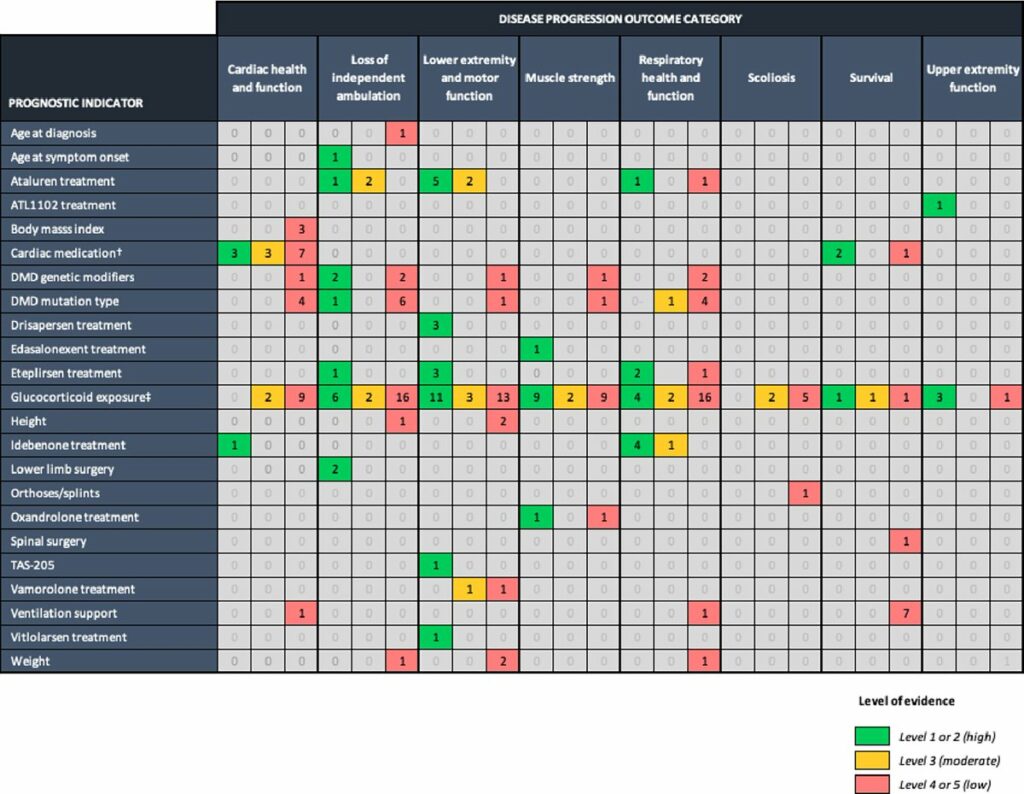 I won’t go in detail for each of the domains and predictors (the summary figures work very well), but will make some comments. The one indicator that positively influenced almost all parameters was steroid use. This should not come as a surprise (I hope).

Heart medication influences cardiac parameters. There is less evidence than for the use of steroids but as the authors discuss, heart medication obviously will primarily have an effect on cardiac related parameters. Also using this pre symptomatically is a recent development.

For other indicators such as mutation type and genetic modifiers more research is needed, authors indicate. They also discuss the limitations of their analysis: they may have missed papers, and they only included effects showing significant differences.

However, they did not assess the magnitude of the difference. As you probably know a significant difference does not per se mean a clinically relevant difference. Thus, this analysis runs the risk of finding false positives.

Two problems the authors do not discuss but I do want to point out:

So while I am in favor of studies identifying natural history aspects and trajectory aspects of Duchenne, I place question marks to this specific study. Think D-RSC and C-TAP do a better job personally (disclaimer: I am involved in both so…)