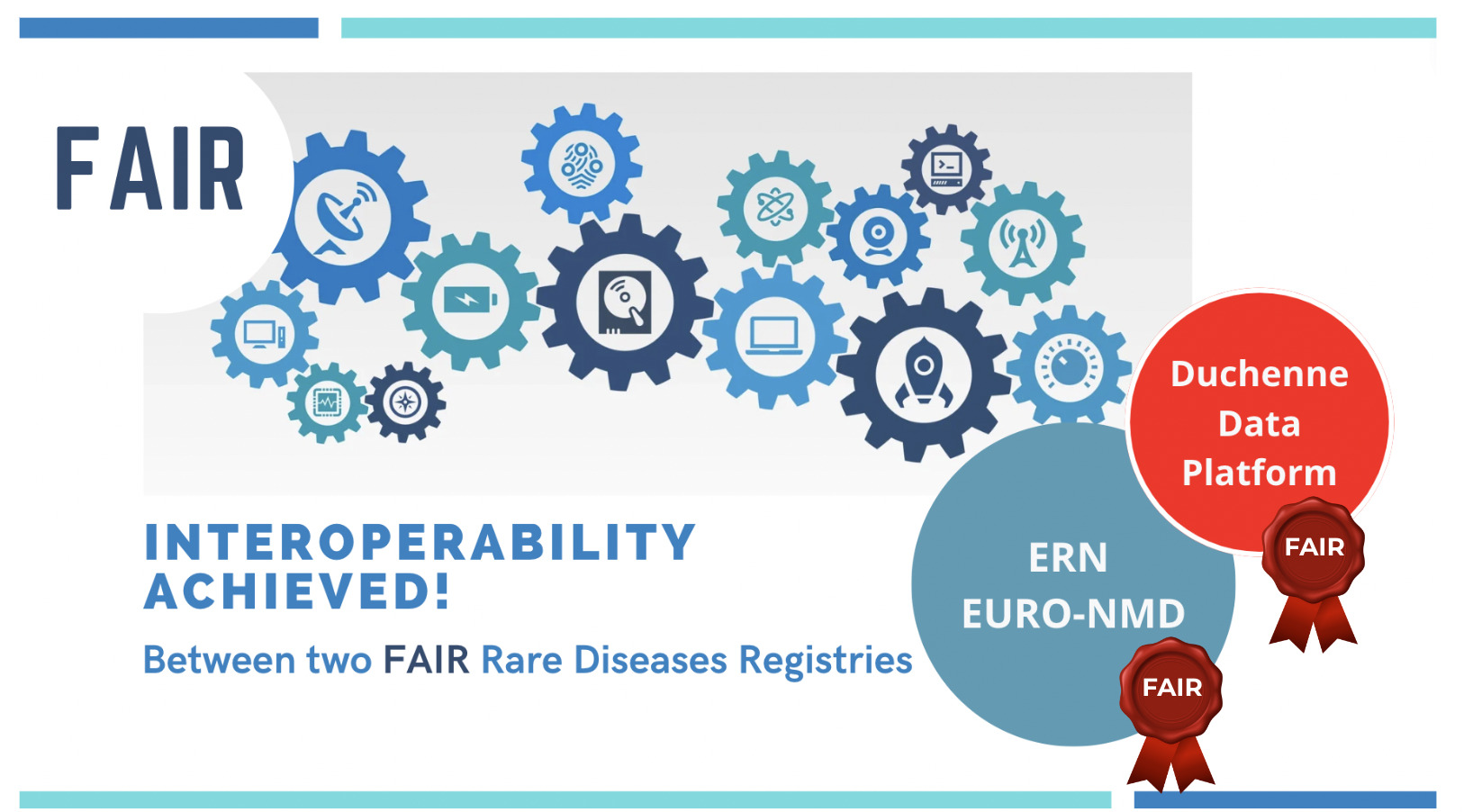 Veenendaal, September 1st, 2022 | Joint Press Release: The Duchenne Parent Project, ERN EURO-NMD and FAIR Data Systems S.L. are proud to announce that with other collaborators they have made an important step in solving the long-standing obstacle of how to conduct queries between rare disease FAIR data registries without exposing sensitive patient details. That is, how to leverage the value of FAIR interoperability while simultaneously protecting patient privacy. The solution is based on technology that connects Web addresses to database queries, thus limiting database exploration to only pre-approved questions. It is available in the form of a publicly accessible demonstration prototype running in the Jupyter data analytics environment.

FAIR stands for Findable, Accessible, Interoperable, and Reusable, and is the acronym used to describe a global initiative to make data more valuable by increasing the ability of computers to find, interpret, integrate, and analyse those data autonomously. In this prototype, the computer calls the special Web address causing a specified query to be executed inside the FAIR registry’s secure space, and anonymized data are given back to the computer as output.

The prototype depends on a publicly available database of queries that were manually curated and filtered by experts in FAIR and neuromuscular diseases. FAIR makes it possible for the same query to be executed over independent resources, and thus sharing those queries leads to convergence between registries – for example, the Duchenne Parent Project (i.e. Duchenne Data Platform) and European Reference Network for all Neuromuscular Diseases (i.e. EURO-NMD), as illustrated below: 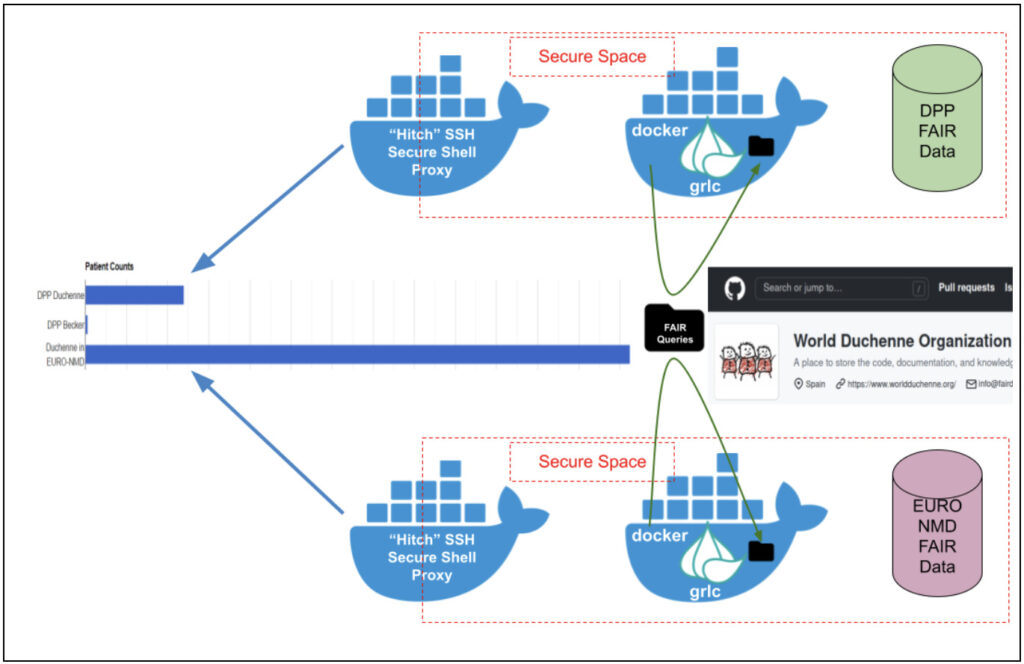 Figure explained: Privacy-preserving federation of DPP and EURO-NMD. The top and bottom layers show the customized, secure services (called “grlc”) operating in each registry’s protected space, sharing a folder of queries stored at the World Duchenne Organization’s GitHub repository. Queries will be executed, on demand, over their FAIR datasets (to the right of the diagram). All of this is protected by a “proxy”, which further insulates the other components, and ensures only encrypted communication over the Web. Accessing the proxy retrieves, in this example, only a count of the number of patients with a given rare disease that can be aggregated in a graphical analytics environment.

Note: Mock data were used to generate a count for EURO-NMD as the registry is still not holding data at present.

“We have made it easy for new FAIR registries to participate in federated queries, without deep concerns about security.” Explains Peter-Bram ‘t Hoen, Professor of Bioinformatics at Radboud University Medical Center and work-package leader, FAIRification and Interoperability of the EURO-NMD EU-funded project. “For patients, they can be assured that their data are being reused, in a secure manner, by scientists, clinicians or other authenticated and authorised health professionals – which is their desire.”

The next steps are to increase the number and sophistication of the publicly available queries – all reviewed for security by both technical and rare disease experts – in the demonstration prototype. This will hopefully encourage other FAIR registries to use the demonstration prototype to participate in privacy-preserving scientific analyses over multiple registries. For example, the prototype could be integrated in the European Joint Programme on Rare Diseases Virtual Platform once the development of this platform is completed (https://www.ejprarediseases.org/).

The Duchenne Parent Project NL, a patient advocacy group in The Netherlands, was founded in 1994. It strives to raise awareness, accelerate research to find a cure, improve treatments, and optimise access to care for everyone with Duchenne and Becker Muscular Dystrophy.

EURO-NMD is a European Reference Network that aims to harmonise and implement best practices for clinical and diagnostic procedures for rare neuromuscular diseases across all European Union member states.