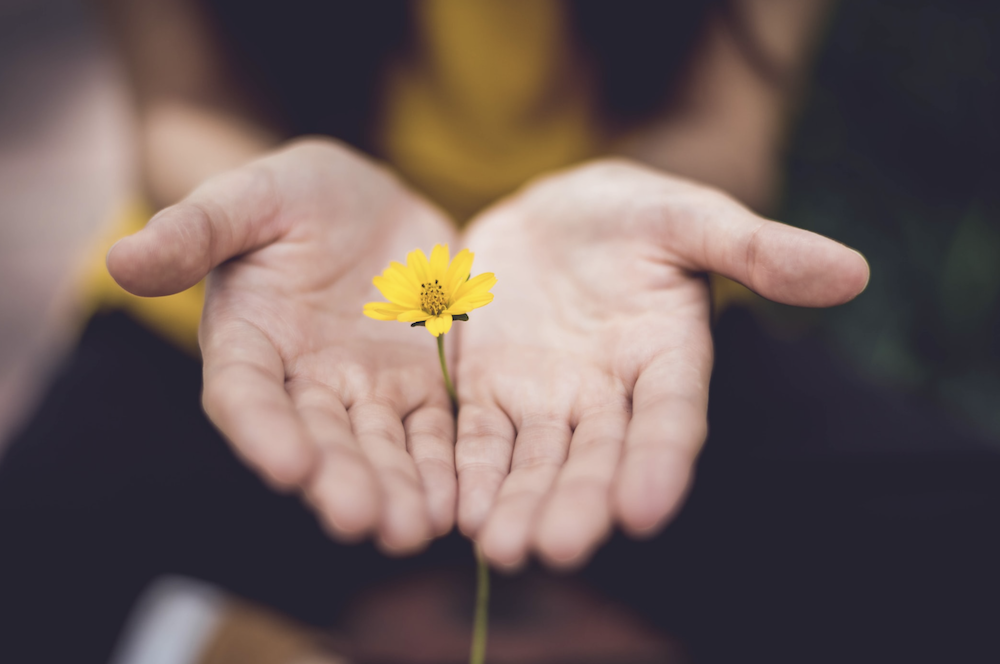 The 12-month data from HOPE-2 showed statistically meaningful improvements in the PUL 2.0 in CAP-1002 treated patients (p=0.05) with a mean change of 2.4 points over placebo patients. With the exception of steroids, preservation of function in DMD is uncommon. The placebo patients declined consistent with natural history, but in the treated group, most patients were stable or improved throughout the one-year treatment period.

To participate via a webcast, view the slides here. The webcast will be archived for approximately 30 days and will be available here.

HOPE-2 is a randomized, double-blind, placebo-controlled, Phase II clinical trial of the Company’s lead investigational therapy, CAP-1002, in boys and young men who are in advanced stages of DMD. Study patients were treated via intravenous delivery with either CAP-1002 (150 million cells per infusion) or placebo every 3 months. Data from a total of 20 patients was analyzed (12 placebo and 8 treated) at the 12-month time-point in the intent to treat (ITT) population. Approximately 80% of the patients were non-ambulant and all patients were on a stable regimen of steroids. Demographic and baseline characteristics were similar between the two treatment groups. 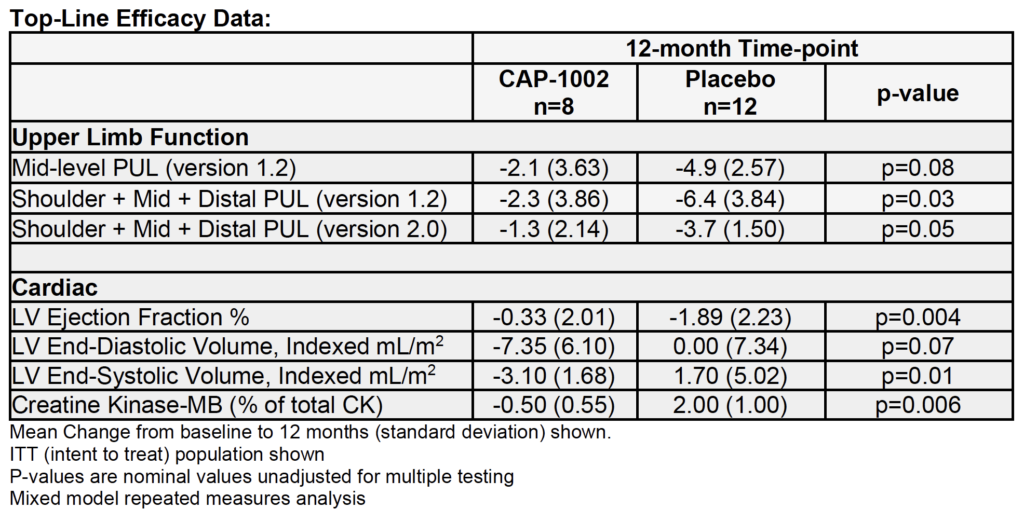 CAP-1002 was generally safe and well tolerated throughout the study. With the exception of hypersensitivity reactions which were mitigated with a common pre-medication regimen, no safety signals were identified in the HOPE-2 trial.

The FDA has granted Capricor’s CAP-1002 RMAT and Orphan Drug Designation, and the FDA has also granted a Rare Pediatric Disease Designation to CAP-1002 for DMD. The Rare Pediatric Disease Designation, as well as the Orphan Drug Designation previously granted, covers the broad treatment of DMD. If Capricor were to receive market approval for CAP-1002 by the FDA, Capricor would be eligible to receive a Priority Review Voucher. This is the second clinical trial investigating CAP-1002 showing similar results in DMD. Capricor completed the HOPE-Duchenne (Phase I/II) trial published in Neurology, the medical journal of the American Academy of Neurology in 2019.

The Company has initiated a technology transfer with a leading global CMO to prepare for commercial manufacturing of CAP-1002.

CAP-1002 consists of allogeneic “off-the-shelf” cardiosphere-derived cells, or CDCs, a type of cardiac cell therapy that has been shown in pre-clinical and clinical studies to exert potent immunomodulatory activity. It is being investigated for its potential to modify the immune system’s activity to encourage cellular regeneration. The cells function by releasing exosomes that are taken up largely by macrophages and T-cells and begin a cycle of repair. CDCs have been the subject of over 100 peer-reviewed scientific publications and administered to approximately 150 human subjects across several clinical trials.