In today’s #apaperaday, Prof. Aartsma-Rus reads and comments on the paper titled: Pig models for Duchenne muscular dystrophy – from disease mechanisms to validation of new diagnostic and therapeutic concepts.

There are several animal models for Duchenne muscular dystrophy (DMD). Most used are the mdx mouse, which is mildly affected and the golden retriever muscular dystrophy dog, where affected dogs have a very variable progression. Both models do not have mutations in the hotspot.

Authors generated a pig model with an exon 52 deletion in the pig dystrophin gene. However, this model turned out to progress rapidly with most affected pigs dying in the first week. They used a male/female chimera, but that was challenging. Producing a female carrier worked better. 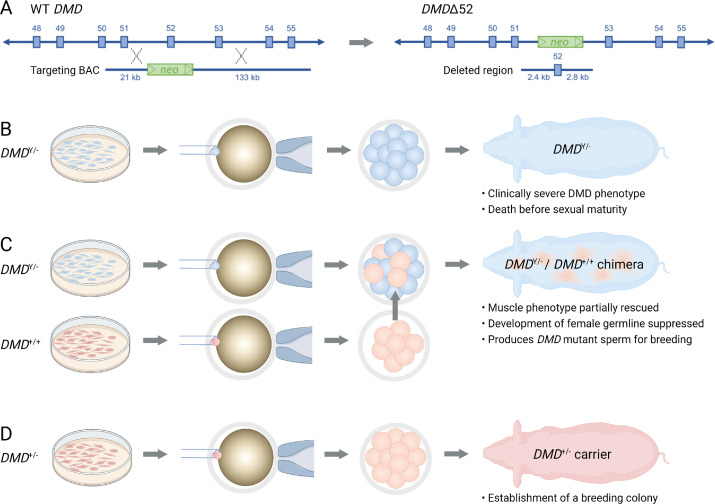 The carrier female has produced 11 litters so far with 29 DMD piglets, 34 carriers and 65 wild type pigs. Using the carriers to breed, an additional 114 DMD piglets have been born. With good neonatal care, most now live to 3-4 months of age.

Authors discuss that the dystrophic pigs probably die due to the fast growth that piglets go through and the fact that from gestation day 75 pig muscles matures via hypertrophy and the fact that the DMD piglets also have breathing problems.

CK is elevated. Walking, trotting & galloping are impaired compared to healthy piglets. Notably pigs lacking dystrophin also have cognitive and behavioral impairment and are a good model to study these aspects further. Finally they have cardiac problems (lower ejection fractions).

When studying the muscle transcriptome and proteome it is clear the pigs without dystrophin have a dystrophic phenotype similar to patients: inflammation, fibrosis and regeneration. Notably young piglets do not upregulate utrophin (such as humans and mice do).

Authors mention the MSOT technique (multispectral optoacoustic tomography), which is a non-invasive method to also measure fibrosis/collagen deposition. They used the pigs to validate the method and are now also using it in Duchenne patients.

Finally they highlight studies testing exon skipping & genome editing in their pig model. The review focuses mostly on the work of the authors -they do outline also other pig models. However, given that they have done a lot of work with their model I think the focus is justified.